Hi all, Sera Strategy here with 4 new decks to try! With the release of Yuumi we decided to showcase the synergies between her and other new Attach cards across a variety of regions. I worked to create powerful combinations that aren’t commonly seen in the meta (and aren’t already on the Meta Tier List) for those seeking different adventures. This article has a little something for everyone seeking a new furry friend!

For those who are still unfamiliar with her, Yuumi is a supportive Champion who uses the new Attach keyword to add her 2/2 stats to another unit, be it a follower or Champion. From then on, each round that unit survives, Yuumi grants her target +1+1 to their stats, permanently! If Yuumi’s new friend is defeated by any means other than Obliteration (mainly found in Celestial removal cards, but also in Freljord), she returns to your hand and you can Attach her again.

The other new Attach followers work similarly, except instead of growing their unit over time, they come with keywords that also get passed on to their new friend. For example, Teemo could gain Double Attack from Papercraft Dragon and activate his Nexus strike ability twice in one round! Because most Attach units work similarly to re-castable buffs from spells, these lists tend to be light on actual spells. If you ever make your own Attach deck be sure to include enough targets for them to Attach to!

I’m always excited to build new Poison Puffcap decks, so it was a no-brainer to see what Attach could do for our intrepid Bandle Scouts! What I found were units that make great targets for Quick Quill, Yuumi, and Papercraft Dragon. Forge Chief can fuel you with mana a little bit more reliably with Quick Quill attached, or Ballistic Bot can build power and safely attack as another option. Meanwhile, Teemo pairs well with Yuumi, as she helps him survive pokes and deal increasing Elusive damage as the game goes on.

Normally Puffcap Pup does not see a lot of play, but it makes another fun target for Yuumi, giving my favorite good boy a bigger bite. Puffcap Peddler can take advantage of the free spells generated by Ballistic Bot, Chump Whump, and Lecturing Yordle in addition to those in your main deck, and Lecturing Yordle makes another great target for Quick Quill. The big bad Papercraft Dragon goes well with Teemo and Puffcap Pup who both activate their abilities per Strike!

Once you’ve loaded up your opponent’s deck with Puffcaps you can bring in Ava Achiever to double their value, creating a dangerous situation for them. In response to your opponent playing game-ending cards of their own, you can use Insider Knowledge to attempt to force them to draw into enough Puffcaps to end the game before they can destroy your Nexus with Atrocity or other burn spells. It can lead to some real blowout moments!

This deck is heaps of mushroomy fun for anyone who likes following the Scout’s Code and making your opponent wary of drawing too many cards. Not many decks in Runeterra actively counter-play an opponent who uses repeated card draw strategies like what Soraka or Dancing Droplet enable, but puffcaps create a serious problem for these game plans once you plant them.

Fated units are, unsurprisingly, a fantastic target for Attach allies! Watching your units grow and gain extra value from effects that target them is very satisfying, and Attach gets even more powerful when used to activate this. Zoe herself is no slouch and benefits, like Teemo, from having Yuumi in her corner, helping her survive pokes and deal increasing Elusive damage over time. Saga Seeker, Mountain Goat, Assistant Librarian, and Wounded Whiteflame all benefit from all of our Attachment options, with the added bonus of access to Overwhelm from Zenith Blade.

My advice would be to focus your Quick and Double Attack attach options on your Wounded Whiteflame and Mountain Goat, and Yuumi or Rainbowfish on Saga Seeker and Assistant Librarian. In a pinch you can use other configurations as well, Rainbowfish isn’t a bad choice on any Fated unit or Mountain Goat. Once you’ve set your units up, you can continue to support them with your combat tricks Pale Cascade, Hush, and Friendship!

Fated units are new as of December 2021 and their keyword is an extremely fun one to build around. Try to plan your turns around spreading your Fated activations on multiple units to get the most value out of all of your cards, and to prevent your opponent from stopping your entire game plan with a single well-placed Vengeance. This deck is built to go taller than others in this article and has powerful combat tricks to help with triggering Fated and card draw, fueling your game plan. 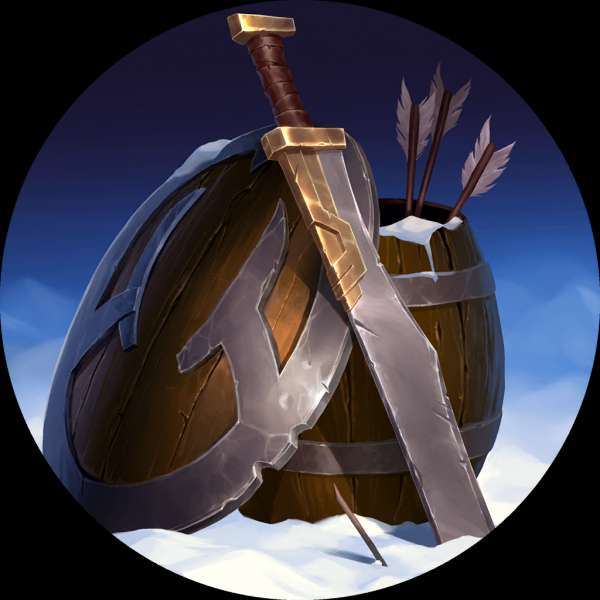 Braum and Yuumi are a powerful team, with their combined effects turning Braum into a strong source of removal that quickly gains too much health to threaten with combat alone thanks to his Regeneration. Omen Hawk, Avarosan Hearthguard, Hothead, and Shared Spoils work great with Attach allies as well, who will rarely if ever lose their granted stat buffs. Finally, the addition of new cards Tusk Speaker, Teenydactyl, and Mammoth Shaman tie everything together with a bow, allowing for easy Plunder activations and a strong finishing unit.

Attach decks tend to be unit-heavy by moving effects that would normally be on spells into units, so cards that buff units in your deck can be especially powerful when applied to this keyword. If Yuumi is given more keywords by Hothead, she will pass those on to her Attach target along with her improved stats, becoming extremely dangerous for the rest of the game. Double Attack on units with Overwhelm can be devastating for your opponent as well, giving this deck many great targets for Papercraft Dragon.

In the end, this is a very straightforward deck that seeks to out-value your opponent with powerful units that either buff future units, have Overwhelm, or Attach. Teenydactyl fills a special role, applying consistent Nexus damage so that you can reliably get the most out of other cards that are activated by this effect. While the deck is light on combat tricks, your units should be powerful enough to get the job done without them!

Yuumi and Papercraft Dragon can take the Reforge archetype to greater heights of power by combining their Attach effects with your target! Not only that, Bandle City provides some excellent targets for Blade of Exile itself between Assistant Librarian and Scholarly Climber. Stress Defense and Friendship! help protect your units (and Nexus!) from your opponent’s plays, something Noxus normally struggles with on its own. Use Ruined Reckoner to help level up Yuumi, and look for opportunities for it to end games a turn early.

Your Reforge fragments work great as Fated triggers on Assistant Librarian, so try to find her during most mulligans. Affectionate Poro is a rarely used card that can become a genuine threat with Yuumi attached and growing it, allowing you to remove your opponent’s key units, possibly more than once if they can’t stop Yuumi from growing the little guy fast enough. In a pinch, it can also serve as a Papercraft Dragon target, becoming a 3/3 Double Attack Challenger.

Once again, Attach is able to synergize with another pre-existing archetype and even make use of a niche card like Affectionate Poro, showing how versatile it truly is as a keyword. Use your powerful buff cards and combat tricks to create an offense that would make any Noxian proud!

In conclusion, Yuumi and her Attach keyword friends are extremely versatile cards that can spice up a lot of old favorites, and provide players with card advantage due to their sticky nature. Even if their host dies, they just keep looking for new friends, and in practical terms, this makes them reusable permanent buff cards.

I had a lot of fun looking for good units to Attach to, and I believe this keyword will remain relevant for a long time to come as more units (friends?!) are released. Use these decklists to help you with your own ideas for units that go great with Attach, and let us know on the RuneterraCCG Discord what you come up with!

4 Off-Meta Decks To Spice Up Your Weekend