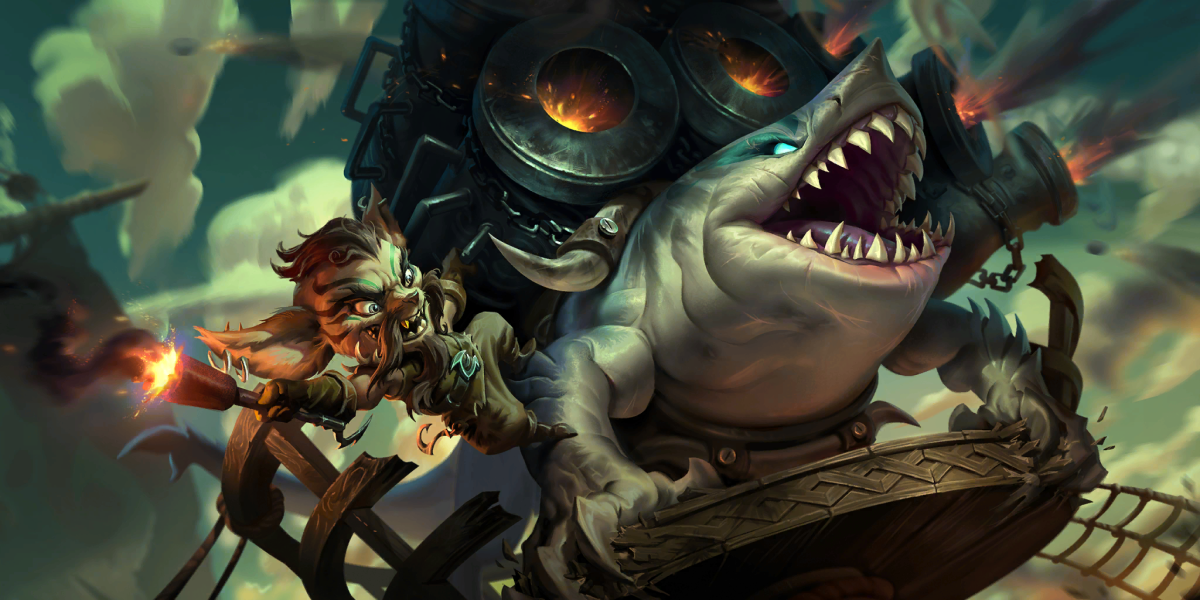 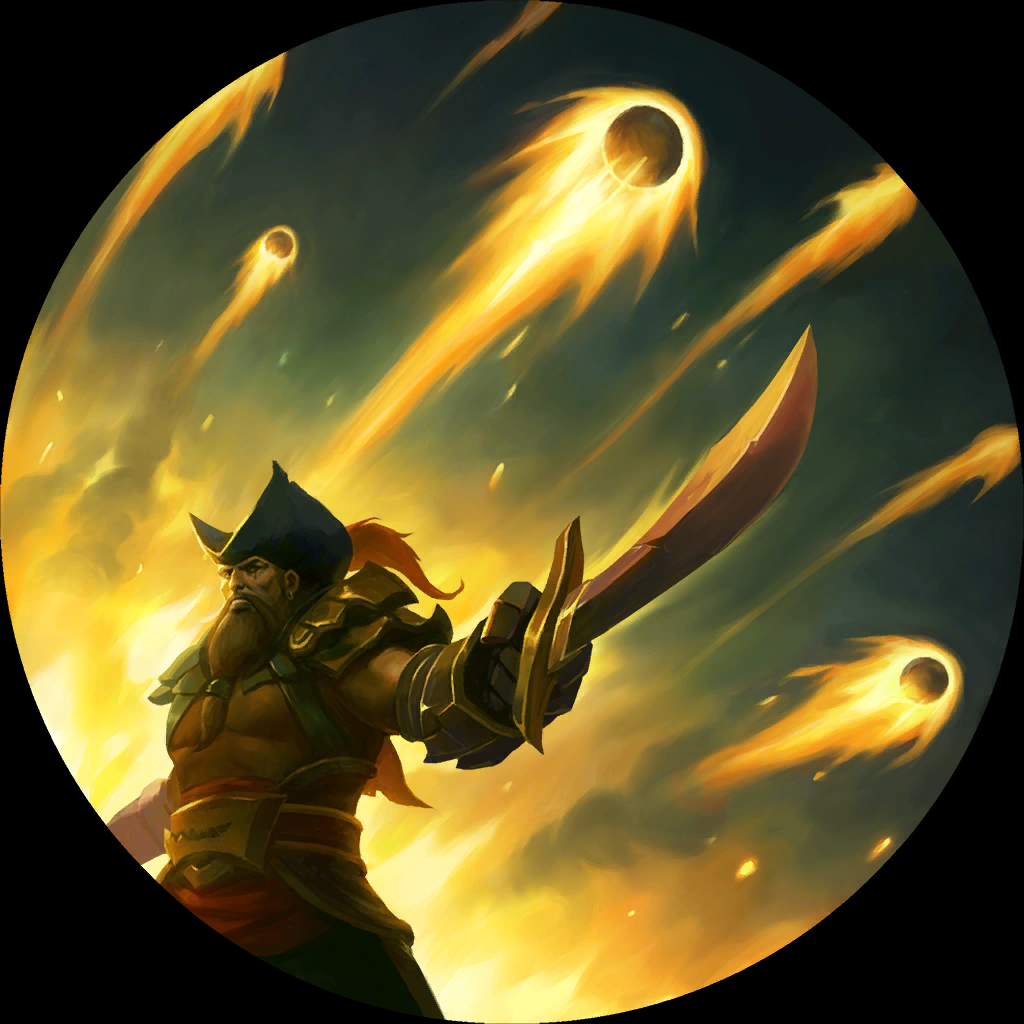 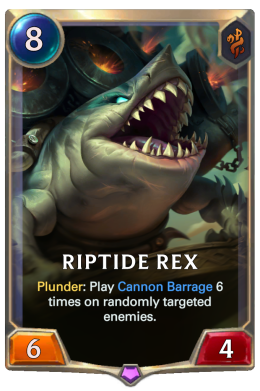 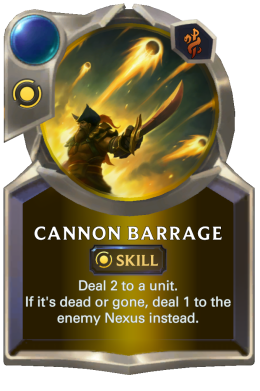 epic
Plunder: Cast Cannon Barrage 6 times on randomly targeted enemies.
"Sail past the sailors, sail past the wreck, The battle's already over. The smoke's cleared the water, their captain's met Rex, And their ship's ripped an' torn timber." - "Home With You, Sally"
Cannon Barrage

ability
Deal 2 to a unit. If it's dead or gone, deal 1 to the enemy Nexus instead.
Gangplank's cruelty doesn't end with those who wrong him. To make an enemy of the Saltwater Scourge is to bring death upon everyone you hold dear.