Hey, Agigas here! Since my very beginnings in card games, combo archetypes always have been among my favorites. The excitement of setting up a one-turn-kill combo and doing something very different than any other deck makes those archetypes very enjoyable, and the skill needed to prevent the opponent from killing us or disrupting our combo gives them depth.

While Legends of Runeterra knowingly has very few true combo archetypes compared to most other card games, there are still some very interesting ones. In this article, I will introduce you to them, from the most competitive to the most degenerated ones.

Zoe Lee is the very first deck we think about when looking for OTK combos in Legends of Runeterra. The combo itself is quite simple and straightforward: level up Lee Sin and give him Overwhelm.

Lee Sin’s leveled ability will deal damage to the opponent’s nexus while bouncing the challenged unit. Because the unit got bounced or killed, Lee Sin will then hit directly the enemy nexus thanks to the Overwhelm keyword. Add a couple of attack buffs into the mix and you’ve got yourself a reliable OTK combo.

To support that win condition, the 6 copies of Eye of the Dragon (accounting for Gifts From Beyond’s Crescendum) and Ionia’s control spell will stall out the opponent very effectively. Zoe offers a lot of value and versatility to the deck, and can even act as an additional win condition thanks to the threat of her level up. The high amount of draw makes the deck consistent and more than able to play long games.

If you enjoy combo archetypes, Zoe Lee is surely your best bet in a competitive environment. It is knowingly a difficult deck to play, but once you really put in the effort to master it, it is a reliable deck, and it has stood the test of time as we see it performing well in every seasonal tournament.

Another version of the combo spices things up by going for Shurima over Targon. While this build is less consistent at finding Eye of the Dragon to defend itself because of the lack of Gifts from Beyond, it can make up for it thanks to the powerful Akshan’s Landmarks.

Riven Fizz is one of the newest combo archetypes on the radar and is performing well so far on the ladder. In this deck, our combo finish is to slam Papercraft Dragon, Overwhelm and/or elusive, as well as cheap attack buffs on a unit to OTK the opponent. Ruined reckoned is a great help to the combo as we get an extra attack with our massive unit when needed.

Fizz is a particularly great host unit for the combo thanks to his built-in evasive keyword and his resilience to interaction. Against deck without much interaction, Riven also works great as she grows even faster and will have no problem killing the opponent thanks to the Overwhelm keyword.

With its numerous cheap unit, the deck is able to defend itself well enough in the early game, and can even use its board to start pushing some nexus damage, making the combo that much easier to assemble.

Fizz Riven seems to be among the most competitive OTK combo archetypes this season and feels very rewarding to play. If you would like to learn more about the archetype, feel free to check out our Fizz Riven article by ASOLid roamer, who reached Europe’s top 10 this season with the deck.

It is worth noting that Riven is generally a good enabler for OTK decks that try to buff a single unit. Riven Vi was already a surprisingly deep and strong OTK archetype. It continues to be an interesting alternative to Fizz Riven, as Vi will do better in uninteractive matchups but worse against the ones with ways to stop the combo.

With Glorious Shellfolk, we enter a different category of combo archetypes – the ones than can OTK combo the opponent but are also able to “play fair”. With those decks, the OTK combo is there to punish an opponent that has no answer, but when they do, the deck can easily fall back to a more grindy game plan.

Glorious Shellfolk has been a quite popular archetype a while ago but lost a lot of popularity after Curious Shellfolk’s nerf. However, the deck still is able to perform, with Gnar being a great addition to the archetype.

The main piece of the OTK combo is Glorious evolution. With our numerous 1-cost cards and card generation, we can generate a large board right away with Daring Poros and Fizz, and buff their attack to crazy high numbers. Curious Shellfolk helps a lot to generate even more cards to play, making the OTK that much easier.

This OTK can be completely stopped by AOE effects such as Withering Wail or Avalanche, and therefore is not the most reliable. When the combo can’t get through, the deck still is able to play long games thanks to the impressive value and tempo Curious Shellfolk generates when it sticks to the board.

With the solid value units from Bandle City and its strong removal package, Glorious Shellfolk is able to get out of the early game without losing too many resources. While the deck has fallen out of favor, it is still a viable option to climb the ladder with and can net pretty good results and a ton of fun once you master the deck, which can be very complex at first. 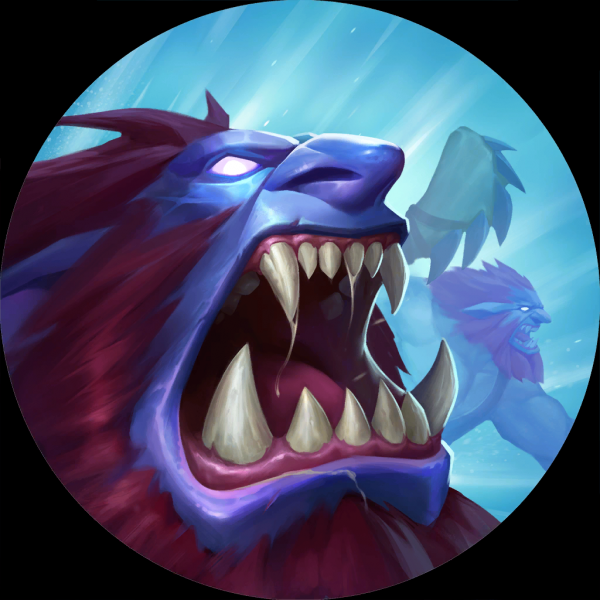 Trundle Ledros Control, just like Glorious Shellfolk, isn’t a deck that needs to kill the opponent over a single turn, but that can do it when it is convenient.

Commander Ledros into Atrocity is a staple finisher in Shadow Isles’s control archetypes. While it’s not an OTK combo on its own as the combo costs too much to cast over a single turn, it can become one once you’ve used Revitalizing Roar on Ledros to discount him to 0 mana.

This combo will require 1 more damage before or after the combo to kill the opponent, which will easily be achieved with Blighted Ravine, Ice Shard, or one of our units.

To surround this combo, we feature here the classic Freljord Shadow Isles control shell – one of the best at controlling the board and healing back the nexus. If the opponent can prevent the Atrocity combo, the deck is perfectly able to play a slower gameplan playing Ledros again and again.

While this build finishing games with Atrocity is overshadowed recently by Feel the Rush and Lissandra’s Watcher, this combo version tends to do better against decks unable to interact with Atrocity and is a very well-suited deck to climb the ladder with.

We will close here the list of decks with an OTK combo but that doesn’t necessarily need it to win with Ezreal Karma.

Once you leveled both Karma and Ezreal, both champions become very impressive win conditions. Where the deck gets to set up an OTK turn is when it sets up the two of them at the same time on the board. Karma doubling spells will help push that much more burn, and with some Mystic Shot and Hextech Crystal the damage quickly stacks up to 20.

If the pure burn damages aren’t enough, doubling Hextech Crystal will often wipe out the opponent’s board anyway, making it easy to finish the remaining nexus health points by attacking.

The deck surrounds these late-game bombs with a powerful control shell thanks to Piltover & Zaun’s removals and slows down the opponent with Ionia’s bounces, recalls, and Eye of the Dragon. With its massive amount of draw, the deck is rather consistent, though it can be a tough task to survive until turn 10 in the current meta.

The deck is knowingly very difficult to play well and is clearly a step below the most competitive decks of the current meta. However, if you enjoy this specific combo and try to master the deck it does perform well enough to climb the ladder. I personally return to it every now and then and often get surprisingly good results.

Now that we’ve covered the most famous and competitive options, we will talk about the real deal – the Akshan combo decks. While those are a bit less competitive than the options presented above, they certainly are the ones that have the most exciting combo – infinite* combos.

Indeed, Akshan is an amazing card at enabling a deck to go infinite. The predict and draw from his level 1 enables the decks to assemble the needed cards, and Fount of Power from the level 2 landmark is an incredible combo enabler – especially once you start duplicating it.

Try to constantly be aware of the number of each of the needed cards you currently have in your deck – if you unintentionally run out of an important piece without using Counterfeit Copies on it you might unnecessarily put yourself in a trickier spot.

Once you are infinite, Ekko is a great finisher, as the Chronobreaks from his level up can be duplicated and will enable you to attack an infinite amount of times, always bringing back your units.

*When we talk about infinite combos, those are, in fact, not infinite. Legends of Runeterra has a built-in limit to how many times (15) you can play the same spell in a turn in order to avoid players abusing a non-lethal infinite combo to “hostage” the opponent into an infinite game where the one to lose will simply be the first to afk. However, the “infinite” decks presented here have no problem getting the win before reaching the limit. 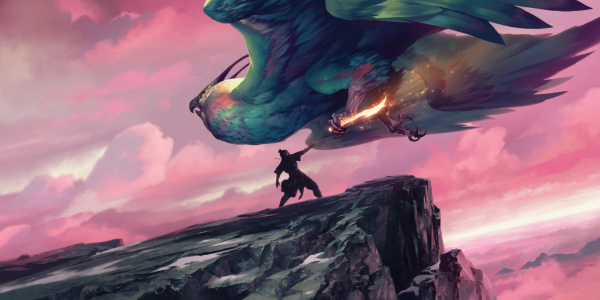 We will close this list of decks with another Akshan infinite archetype, this time going with Ionia over Piltover & Zaun.

Indeed, once all our cards are discounted 3 times, the deck gets an infinite amount of draw with the combo Akshan/Dancing Droplet + Solitary Monk + Navori Conspirator, as we get to loop through their play effects as many times as we want.

Once the deck gets there, it is very easy to close out the game by including Zilean in our bounce rotation to generate an infinite amount of Time Bombs.

This Ionia version was the deck on everyone’s lips when it got discovered a bit after Akshan’s release, and because it can set up the infinite combo rather quickly it was feared to become a competitive deck. However, the inability of the deck to defend itself against anything too proactive made for terrible results.

While Akshan infinite combos certainly aren’t the most competitive combos, they are very unique and a ton of fun to execute. I wouldn’t recommend them to climb the ladder, but these decks will get a lot of wins against slower archetypes, making them relevant for extremely polarized targeting strategies.

I hope that this article gave you ideas of lists to get your fix of OTK combos and that you’ll have a lot of fun with those decks.

Zoe Lee, Riven Fizz, and Ledros Atrocity are great decks to climb the ladder with all the while having a lot of fun with the combos, whereas Ezreal Karma and Glorious Shellfolk will need more practice but can also get there. And if you need something more extreme and aren’t looking to climb, Akshan infinite decks are definitely something worth trying!

Zilean Meta Incoming? | Assessing All The Buffs In Patch 3.13!