Hello friends, Sorry here! It’s been a week since Patch 3.10.0 went live and a new meta for the community to discover! Thralls and Viego Noxus, two powerful decks, have seen a significant drop in play rate following the nerfs they received.

However, both Azir Irelia and Annie Twisted Fate have quickly risen in popularity to claim the empty seats left by the fallen dominant decks.

Let’s get to my favorite part, Power Rankings! Here are eight decks I believe are the best for your ranked ladder climb!

The king of the meta for this week’s Power Rankings is Annie Twisted Fate! I was an advocate of the deck way before the recent buff to Riptide Rex. The archetype had potential when I was testing it out, but with Thralls being a counter to Annie Twisted Fate, the deck never really shined.

With Thralls now receiving a couple of nerfs, which has hit the archetype pretty hard, Annie Twisted Fate quickly became a popular deck, and with the additional Cannon Barrage on Riptide Rex, your final play is more powerful!

The archetype also has an amazing matchup table. It beats decks like Annie Jhin, Ahri Bard, Azir Irelia, and Heimerdinger Jayce. It only loses to Mono Shurima and Deep, two decks we don’t see too much of on the competitive ladder. 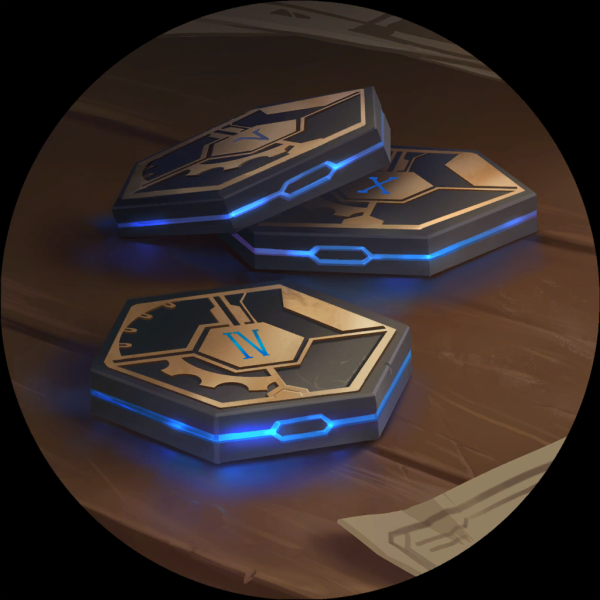 Runner up for this week’s Power Rankings is Heimerdinger Jayce Shadow Isles. The archetype has been consistently performing well for quite a while now, even putting Viego Noxus in its place.

With the recent change to Cast/Play rule, you’ll be able to gain additional value from Jayce‘s copied spell if Heimerdinger is on the board.

Heimerdinger Jayce is a control deck that wants to create value using its champions. Heimerdinger offers turrets for every spell you cast, basically creating a board ready to start swinging. On the other hand, Jayce provides copies of 6+ cost spells. This comes in handy when casting Shock Blast or Acceleration Gate.

The archetype is solid against Azir Irelia, Annie Jhin, Bard Poppy, and Hecarim decks all are popular decks you’ll most likely encounter on your ranked ladder climb. As for counters, Annie Twisted Fate, Ahri Bard, and Nami Twisted Fate (SI) are your main concern. They’re able to match your value and you’ll end up unable to stop their win condition.

Scouts makes a comeback to the Power Rankings! The Demacia archetype fell behind with all the Viego Noxus and Pantheon decks but has now come back for some retribution.

Scouts returns to pick off the meta dominant decks. As always, it acts as the perfect meta counter archetype, keeping popular archetypes in check. Decks like Azir Irelia, Ahri Bard, Anni Jhin, and Nami Twisted Fate SI are not safe from the wrath of Scouts! The hyper-aggressive Demacia Bilgewater deck with Miss Fortune as a win condition will halt any game plan those decks have in mind.

Although Miss Fortune Quinn is the perfect deck against the meta-dominant giants of week 1, it falls short against Bard Poppy, Caitlyn Ezreal, and Ashe Leblanc. The good news is that those three decks aren’t as popular on the competitive ladder compared to the meta giants, so you’re less likely to bump into them.

Nami Twisted Fate Shadow Isles, also known as Zombie Fish, is by no means an easy-to-pilot deck. In fact, it is a high-reward deck, the better you are at piloting it, the more consistent and higher the win rate you’ll achieve.

The archetype relies on Nami and Fleet Admiral Shelly to pump up the stats of your Elusive units to a point where they’ll turn to a win condition as they threaten to destroy the opponent’s Nexus.

Twisted Fate adds more value to the deck with the different cards you can choose from. If not answered, he will level up and turn into a win condition on his own.

Let’s take a look at which decks Nami Twisted Fate (SI) excels against. Annie Jhin, Jayce Heimerdinger (SI), and Zoe Aphelios are all good matchups for you. It can also hold its ground against Annie Twisted Fate but crumbles against Azir Irelia due to the archetype’s inability to deal with Azir and Irelia efficiently.

Another Ionia deck you’ll most likely struggle against is Ahri Bard. The deck can keep up with your elusive units and will match your Nami and Fleet Admiral Shelly buffs with their Chimes and Bard. 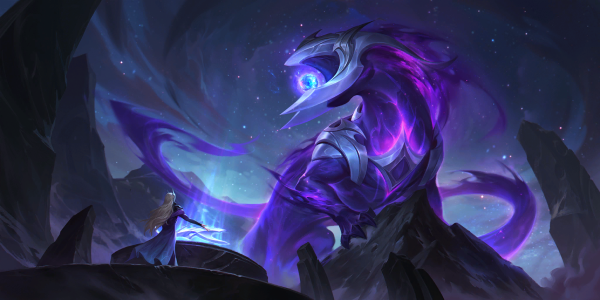 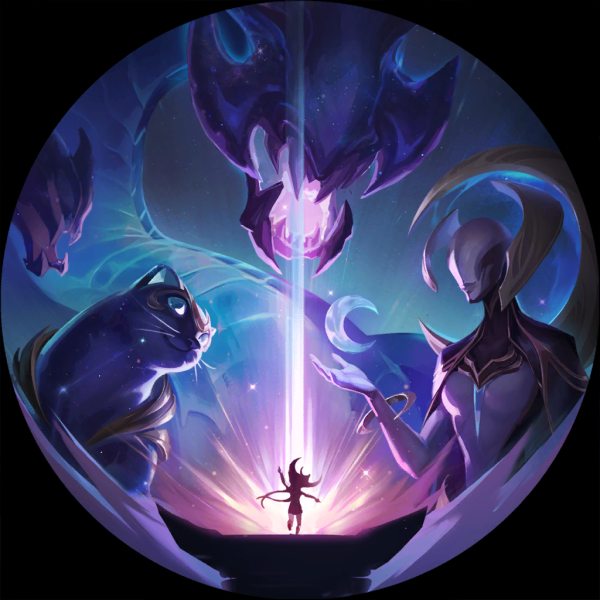 Zoe Aphelios Vi drops from rank 3 to rank 5 compared to my last Power Rankings. The deck is still insanely strong with its ability to go wide on the board and use ‘s +2|+1 and Overwhelm keyword buffs to your advantage.

The archetype only received a nerf to Ferros Financier, but the -1 health on the unit doesn’t really affect that deck much or alter its win condition.

A couple of new decks have risen in popularity and perform well against Zoe Aphelios Vi. Decks like Annie Twisted Fate and Azir Irelia can match the aggression of Zoe Aphelios and make sure they can’t go wide and set up a strong Winding Light attack.

As for the decks you want to prey on, Ahri Bard, Caitlyn Ezreal, Annie Elise, and Hecarim decks are the best matchups for you. 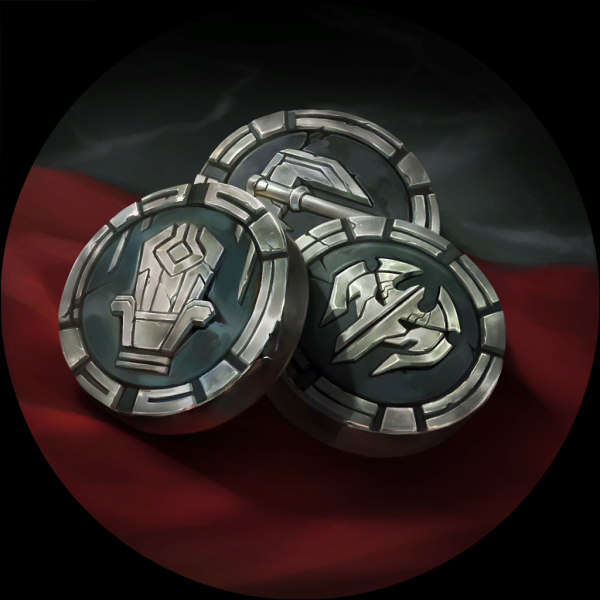 Fizz Riven has dropped a couple of ranks since my last Power Rankings, but the archetype is still holding strong as one of the best decks for your ladder climb!

The aggressive combo-oriented deck can close out a game before your opponent can set up their plan, and in a lot of cases, Fizz can be almost impossible to deal with once you set up the combo play on him.

Fizz is basically the MVP. His ability to dodge spells means that heavy removal-oriented decks like Annie Twisted Fate or Caitlyn Ezreal can’t deal with him easily.

The archetype also beats Heimerdinger Jayce, Zoe Aphelios, and Thresh Nasus with the help of the Elusive and Overwhelm keywords you can set up on your key unit.

Fizz Riven struggles against Azir Irelia and Annie Jhin, two popular decks on the ladder that might force you to switch off your deck if you’re matching a lot against them. 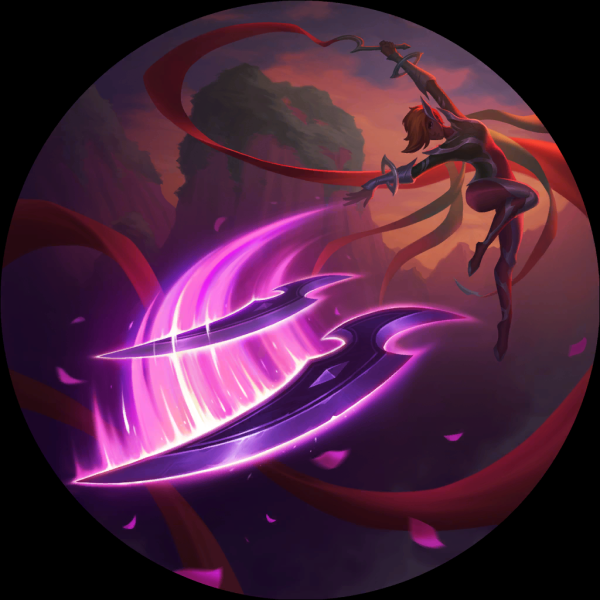 I’m here to report that the meta dominant deck a couple of seasons ago is back and with vengeance! A long time ago, the infamous Azir Irelia wreaked havoc on the competitive scene, even becoming the most banned deck in tournaments.

With Irelia’s recent buff, players started picking up Azir Irelia quickly jumping from a Tier 2 niche archetype to one of the most played on week 1 of the new patch! I would rank the deck higher in my Power Rankings but the meta is actively trying to shut it down, with many players picking up counter archetypes to keep Azir Irelia in its grave.

However, Azir Irelia is still performing greatly, beating the likes of Ahri Bard, Nami Twisted Fate, Fizz Riven, and Mono Shurima. Any deck that is incapable of rushing out the match-up or dealing with Azir and Irelia will be overwhelmed by the number of Sand Soldiers and Blades attacking.

Azir Irelia loses to the aggressiveness of Annie Jhin that makes sure you’re unable to set up your game plan in time. Annie Twisted Fate holds its ground against Azir Irelia, the archetype runs a lot of removal cards that will deal with your champions.

I might be a bit optimistic here but I truly believe Thresh Nasus is on its way to becoming part of the meta again! Nasus received a revert bringing back the Fearsome keyword a while ago, and the latest patch reverted Blighted Caretaker, tiny buffs that could put the archetype back on the map!

Moreover, Hush is not a popular part of the meta right now, so there isn’t a true answer for Nasus outside of recalling the big doggo.

Popular decks like Azir Irelia, Annie Jhin, and Aphelios Zoe struggle to beat Thresh Nasus as their aggressiveness can be matched and kept in check.

The deck does though lose to the popular Annie Twisted Fate, mostly because of Disintegrate as a solid removal for Nasus.

The meta is still fresh! A lot of changes are happening pretty quickly and I’m positive things will take a different turn for a lot of listed archetypes once players figure out how to deal with them.

It’s always entertaining to explore a new meta. Buffs and nerfs are extremely healthy to shake up a meta bringing in new archetypes into the mix. Sadly, Hecarim decks didn’t perform well on the first week of the patch, even though our beloved horse received a solid buff, the different versions that were played ended up with a negative win rate.

Annie Jhin was close to making it into my Power Rankings this time. Although I’m not fond of the deck, it has been performing pretty well in the meta, beating popular decks like Ahri Bard and Azir Irelia.

This is it from me for this week’s Power Rankings, I’ll see you Runeterra folks in the next one!