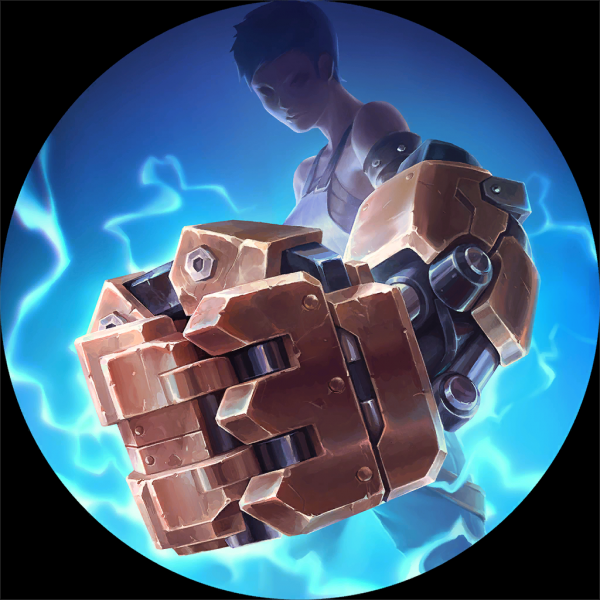 Lulu and Jinx are joining forces once again in this new take on the Discard deck. Previously, we’ve seen this champion pairing in an Ionia shell, leveraging efficient spells like Twin Disciplines and Nopeify! – but now it’s time for some Bandle City and Mecha-Yordle madness!

The list above has been pioneered by Broken Ball, who came to this version as a result of working on an initial Rumble Lulu concept. After some experimentation, he decided to cut Rumble and add Jinx, who acts as a continuous burn generator.

The main difference between the Bandle City build as compared to the previously existing Ionia-fueled Discard is the addition of Mecha-Yordles. This new tribe provides card value with the Manifest keyword, which allows you to build up some incredibly powerful boards.

Although Rumble seems to be the natural fit for such this archetype due to his Mecha-Yordle synergies, Jinx ends up providing the deck with more valuable reach, which becomes very important as a way to close out games in this shell.

In the mulligan phase, you’re mainly looking for your Lulu, she will be the key card to exert early pressure on your opponent. Both Boom Baboon and Flame Chompers! are keeps as well.

Your playstyle will depend on each matchup – but usually, you want to go the aggressive route, leveraging the power of Lulu.

She is able to buff Flame Chompers! or Daring Poros – two cheap units that are easy to drop on the board early on in the game. Boom Baboon will also create a Flame Chompers! in hand which will come in useful to set up your game plan. Purpleberry Shake and are handly buff cards to be played either aggressively or as protection tools.

The Flame Chompers! exerts tremendous pressure when buffed up with Lulu, allowing you to pick off opponent’s units with the Challenger keyword. In some cases, you will opt to just deal damage to the Nexus by pulling their units away with the Chompers and paving the way for the rest of your units.

Both Bilgerat Rascal and Arena Promoter allow you to discard those Flame Chompers and Manifest into a variety of Mecha-Yordles. Two premium choices for us are Geode Mechaforcer and Trumpetecher as they allow you to buff the stats of attacking units.

Once you have your opponent low on health it’s time to switch to the burn plan. Mystic Shot and Get Excited! are the two main sources of reach in your main deck.

Jinx is the second win condition, having her level-up will allow you to start creating that will become problematic to your opponent over time. If not dealt with Jinx will close out the game over a couple of turns.

This deck is quite difficult to pilot. The trickiest challenge it presents is that you’ll have to decide early on in the game whether it’s best to play for board presence or go full-on aggressive from the get-go.

I’ve run the list on the ladder (even prior to the hotfix) and found it surprisingly entertaining to play, especially with the ability to Manifest into the Mecha Yordle of your choice and set up for your next play.

But as I’ve mentioned previously, the situations you’re presented with can be difficult to navigate, and leveling Jinx often feels harder and clunkier as compared to the old-school Draven Jinx Discard deck.