With a new season starting, some nerfs to Poppy, and a brand new expansion of cards being released, Legends of Runeterra has never felt this fresh!

There has been a breakout of completely new decks and with a couple of them already dominating the tournament and ladder scene, here are my Top 8 decks to climb with this week.

Yordle Rally is a brand new deck made possible thanks to the release of 2 new cards – Yordle Explorer and Yordle Captain.

Bandle City unit decks were already notorious for having what seemed like “infinite” units, but the weakness to the region was that most of their units were relatively small in stats. Not anymore.

With Yordle Explorer being a 2 mana unit, if your opponent doesn’t have a way to remove Explorer on turn 2, you will run away with the game at insane speeds.

Yordle Rally has the tools to play like a small swarm aggro deck, but it can also play as a slower midrange beefy deck and contest the board more since Yordle Captain and Poppy can keep buffing your units into the late game.

Yordle Rally is my #1 on this list because of the simplicity of the deck. At the lowest level of gameplay, you just play all of your units on-curve, and if your opponent can’t remove Explorer on 2 and Captain on 4, then you get a free win. Yordle Rally is one of the simplest top-tier decks we’ve had in a while.

Kennen Wayfinder combo decks are the buzz right now on social media – from people saying “Hey this deck is pretty good but not crazy” to people asking for the deck to get hot-fixed within the first 3 days of the expansion being released!

Personally, I think the amount of hate/hype the deck has is being exacerbated thanks to one of the most popular LoR streamers – BruisedByGod, who played Kennen Ez to Masters with a very good winrate.

There are 2 main reasons I didn’t put Kennen Wayfinder as my #1 on this list even though I think the Kennen combo decks are stronger than Yordles.

1) The deck is extremely difficult. Any average player can just play Kennen, play Kinkou Wayfinder and get some wins here and there, but those players will also be losing a lot to soft-counter decks, as well as just by misplaying the deck and throwing away their key cards in a matchup.

Old Faithful. Pirates. With the meta becoming extremely combo-based and a lot of decks want to skip out on turns 1-2 to either set up for the mid-game, aggro is where you want to be.

Look at decks like Yordles. Yes, they will out scale you in the mid-late game, but most lists want to pass on turn 1, play Yordle Explorer on turn 2, and not block with him. This allows you as the aggro player to attack on 1 for free, play 2 more 1-drops on turn 2, then open-attack on turn 3 for 9 more damage.

Your opponent starts the game effectively at 8-10 hp! From there you just use a few of your little Decimates and the game is over, you got a quick 20 LP, and it’s time to go next. A lot of decks follow this play pattern of passing on turns 1-2 so Pirates will get you more free wins than you would think.

The king of midrange is still holding strong after the expansion. While there was an emergency patch that nerfed both Poppy and Young Witch, Plunder went untouched and it is just as good as ever on the ladder.

Plunder has a really solid matchup into every midrange deck in the meta at the moment, including the new Pantheon decks and the new Rumble decks.

The downside to Plunder and why it’s just about mid-tier on my Power Rankings this week is because your game into Kennen Ez is really bad. Plunder kind of just dies against Kennen Ez and can’t do much (if anything) to stop their Recall gameplan. However, since Kennen Ez is really Plunder’s only bad matchup right now, GP Sejuani is still a very strong deck. 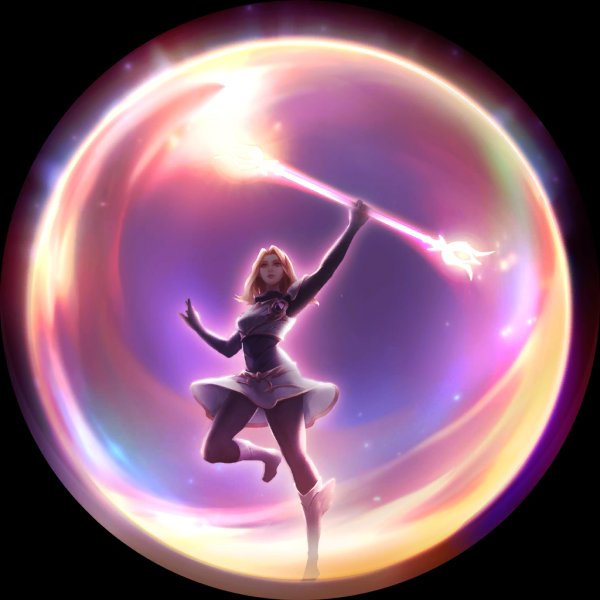 Scouts is extremely well-positioned during this week. This upcoming week is going to be the meta of “try to beat Kennen, or get beat by Kennen” and Scouts is in the most perfect spot.

Scouts does amazing right now, beating both Kennen Ez the decks trying to counter Kennen Ez. So for the rest of this week, Scouts will be really well-positioned, but I’m not sure how long they will stay this favored in the meta.

Yordle Burn is an updated version of Poppy Ziggs Burn using Yordle Explorer to now help the deck’s issue of falling off towards the mid-game.

Previously Poppy Ziggs had an issue where if you didn’t deal enough unit damage on turns 1-4, you were put in a pretty rough spot. Most of the deck’s units are too small and irrelevant after turn 4 to push any real damage and that left the player praying for a pair of top-decked Decimates.

With Yordle Explorer in the mix now, the units in Yordle burn stay relevant through the mid-game and help continue applying pressure until you do find the final burn spells needed.

Ping City falls under the category of decks that are trying to beat Kennen Ez.

With the combination of aggressive openers like triple 1-drop and the insane amounts of pinging removal spells, Ping City is basically the poster child of what a player needs to beat Kennen Ez. Twisted Fate easily answers a Wayfinder by threatening both Kennens that were just summoned.

Ping City is going to struggle against the more unit-heavy aggro/midrange decks in the meta, but again, for this week specifically, the meta is ‘Beat Kennen’ and that’s exactly what Ping City does.

Swain Braum is the Dark Horse of this week’s LoR Power Rankings – but before you laugh the deck off, let’s a look at some facts.

This deck has a 60% winrate in Platinum+.

It plays all of the best cards to beat Kennen Ez in Freljord (, Avalanche, Ice Shard).

If you stick a leveled-up Swain on board with The Leviathan, your midrange opponents can’t attack with half of their units every turn.

This deck crushes aggro decks. Since most aggro decks in LoR are unit based swarm decks, playing 6 copies of Avalanche AND 3 Ice shards AND 3 House Spiders is more than enough to stop every aggro swarm opponent in its tracks. Oh yeah, and the deck has life gain thanks to 3x Kindly Tavernkeeper.

So on paper, the deck beats aggro, beats Kennen Ez, and beats midrange by stalling out the game and sticking a Swain + TLevi combo. All I’m saying is give it 10 games before writing it off as meme. We’ve seen many people play decks like this to top 10 ladder in the more recent metas, so it’s really only a matter of time before some Freljord Noxus deck is considered Tier 1.

Overall, the new meta is a really advanced game of rock-paper-scissors, which is exactly where you want a card game meta to be.

We’re only a week into the Magic Misadventures expansion and I can already tell this is going to be an amazing season. For a closing question, let me ask you guys how you feel about Kennen Ez? Do you think the deck is actually tier 0 and as strong as social media makes it out to be, or do you think the deck can be countered, could it just take a few days or a week to figure all of the new stuff out?

Let me know in the comments below, and I’ll see you all next week in my next LoR Ladder Power Rankings!