We can expect any big update that fills the store on our Legends of Runeterra clients to bring us a new deck bundle. Such offerings like Beyond the Boundaries (Tristana Poppy) and Tricks and Traps (Caitlyn Teemo) showed off the new themes Beyond the Bandlewood wanted to show off.

The Path of Champions update has brought us a new deck bundle, but when I saw it in the Patch 2.19 update, I was a little confused by it.

In this first week, Jayce has been paired with nearly every region to see what sticks. Pairing him with Nami seems like an unusual decision.

Jayce levels through casting big spells, but playing Nami warrants a much more spellslinger playstyle so that she can hand out as many stats as possible. At first glance, they only seem to work together because they both have a theme on spells and that they’re newer champions.

Playing a few games with the bundle deck, it turns out the synergy is quite deeper than expected, but it doesn’t come from Jayce.

The deck works like spell ramp midrange. Nami feels the synergy, not from Jayce, but Jayce’s support cards. The strike effect of Forge Chief, and the spell refill from The Forge of Tomorrow all contribute to Nami’s level up requirement, as well as core set card Eager Apprentice. Finally, Flash of Brilliance, amounts to a “free” spell that puts Nami to almost half levelled up.

With all this extra spell mana flying around, we can justify eight 6-cost spells. This is one of the few decks that can cast Monster Harpoon at full cost and feel like it wasn’t that big of a downside.

As with a preconstructed deck with any card game, this deck is by no means perfect. Upgrades are always necessary. The spell curve could still do with being lower. Cards like Ferros Financier and Flash of Brilliance bring us the needed 6+ cost spells to level up Jayce and pop the Forge. While we still should play some in deck, we don’t need so many.

Cards like Fleet Admiral Shelly are better in Nami decks that go wider, but is still too powerful an engine card not to play.

Ferros Skycruiser objectively understatted and not worth trying to and “level up” – the second coming Subpurrsible it is not.

The playstyle of Jayce and Nami has a lot of problems but also a lot of potential.

In my initial testing, I’ve been able to get some sneaky wins but also felt some real consistency issues, such as the strange distribution of numbers of followers, and their costs.

My first attempts to upgrade the deck with both Jayce and Nami in command brough the curve down, and some extra copies of more key cards.

This version has a lot of the same key cards. Going up on cards like Coral Creatures and Ferros Financier secures up the early game by filling the board with bodies to do well against Bandle Swarm decks.

The has quickly become a staple alongside Jayce, and the additional spell mana it brings is essential for speeding up Nami’s level up.

By including more copies of Mystic Shot and on, we can interact well in the early game until the spellslinging can begin.

The deck aims to contest the board and generate value with one or both champions.

This is not necessarily the strongest way to play Jayce or Nami. A new champion requires a lot of experimentation, and that’s very much on flavour for the new champion.

My colleague Den has made the version of Jayce Lux that I’ve been playing consistently on ladder for the past few days.

When we first saw Jayce, we knew that Lux was going too be the natural pairing choice. Demacia has the right balance of delaying, control Units like Brightsteel Protector and Radiant Guardian.

Demacia, arguably, has one of the strongest 6+ cost spells in Remembrance. The double-edged nature of the spell reducing cost can be a problem for the deck, but if played on turn 3, or first when Jayce is on board, generating two 5-cost units is a game-changing play. 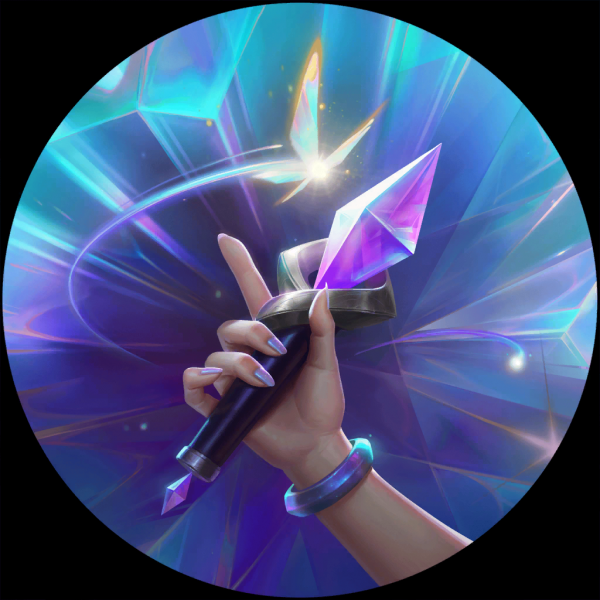 The thing that intrigued me most about this preconstructed deck was the combination of Nami with Piltover. We get a lot of very interesting synergy with some of Jayce’s new cards and the attune mechanic to give Nami a lot of support in another region that slings spells very well.

This deck seems strange, and unfortunately relies very heavily on one of its champions being around, but the play patterns Nami and Heimerdinger brings is very interesting.

By bringing the spell curve down, we supplement Nami’s playstyle, while being rewarded for playing multiple spells by playing Heimerdinger.

The two copies of Salvage helps the deck stay in gas. The copies of Shock Blast and Assembly Line are carryovers from the original deck because a decent number of main deck 6+ cost spells to trigger the Forge of Tomorrow’s ability, which is the main way to ramp into Nami’s level up. Once levelled up, Nami brings real power to Heimerdinger’s tech and the other units.

This deck can go wide enough for Fleet Admiral Shelly to really shine.

‘That Magic Touch’ is a deck bundle available in the store for 3202 coins.

It brings a unique play style that can be retooled in a lot of ways. It’s not the deck that most imagined playing Jayce in, but it has a lot of surprising potential and directions to upgrade.

IzzetTinkerer creates a lot of things. As co-founder of fantasticuniverses.com, they write about card gaming and PC gaming. On YouTube, they can be found game mastering for No Ordinary Heroes, or editing the antics on The Hostile Atmosphere. Find where they dwells by climbing their Linktree.

Legends of Runeterra (LoR) Basics: Comparison vs. Other Card Games in 2022

7 Tips to Improve Instantly at Legends of Runeterra

Legends of Runeterra Beginner-Friendly Decks – Rise of the Underworlds Season

‘Who’s the Beatdown?’: How to Determine Your Role in a Matchup