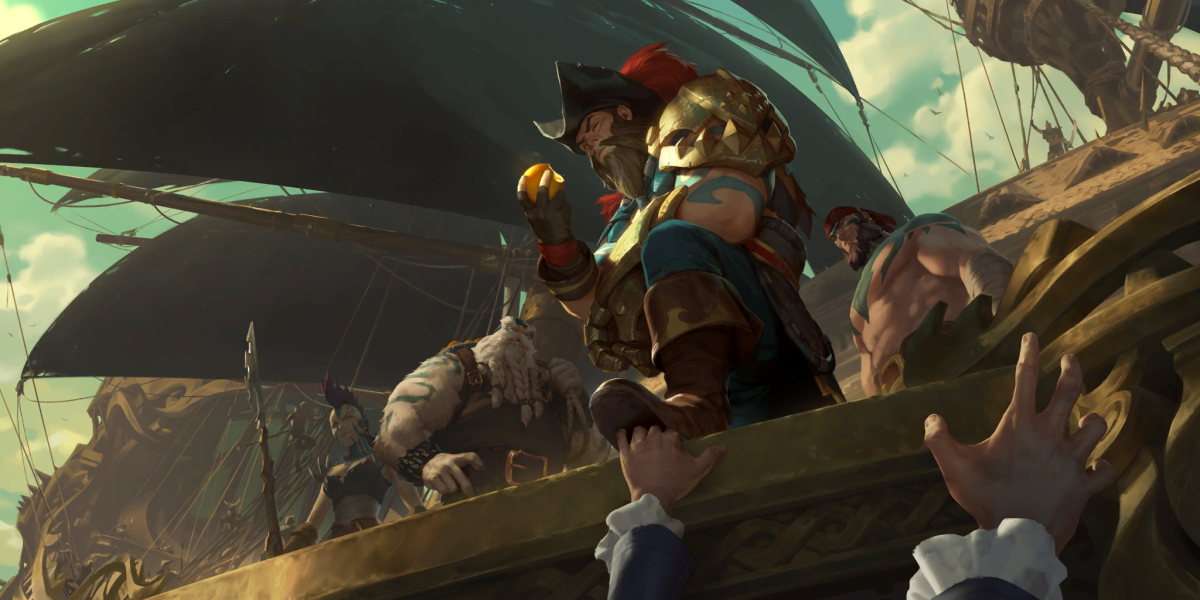 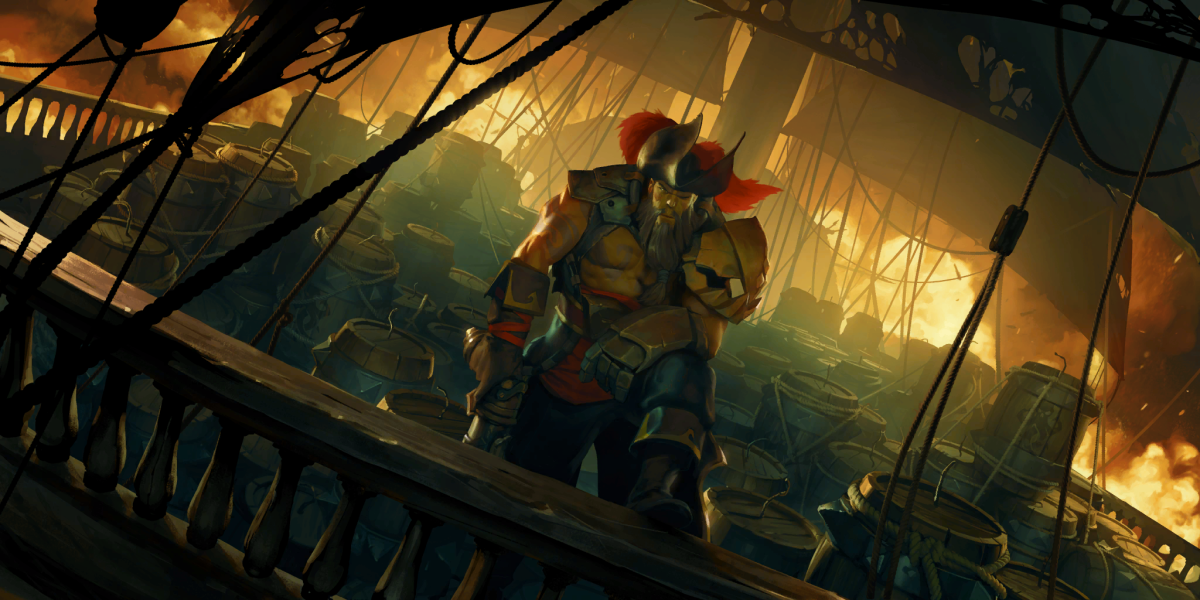 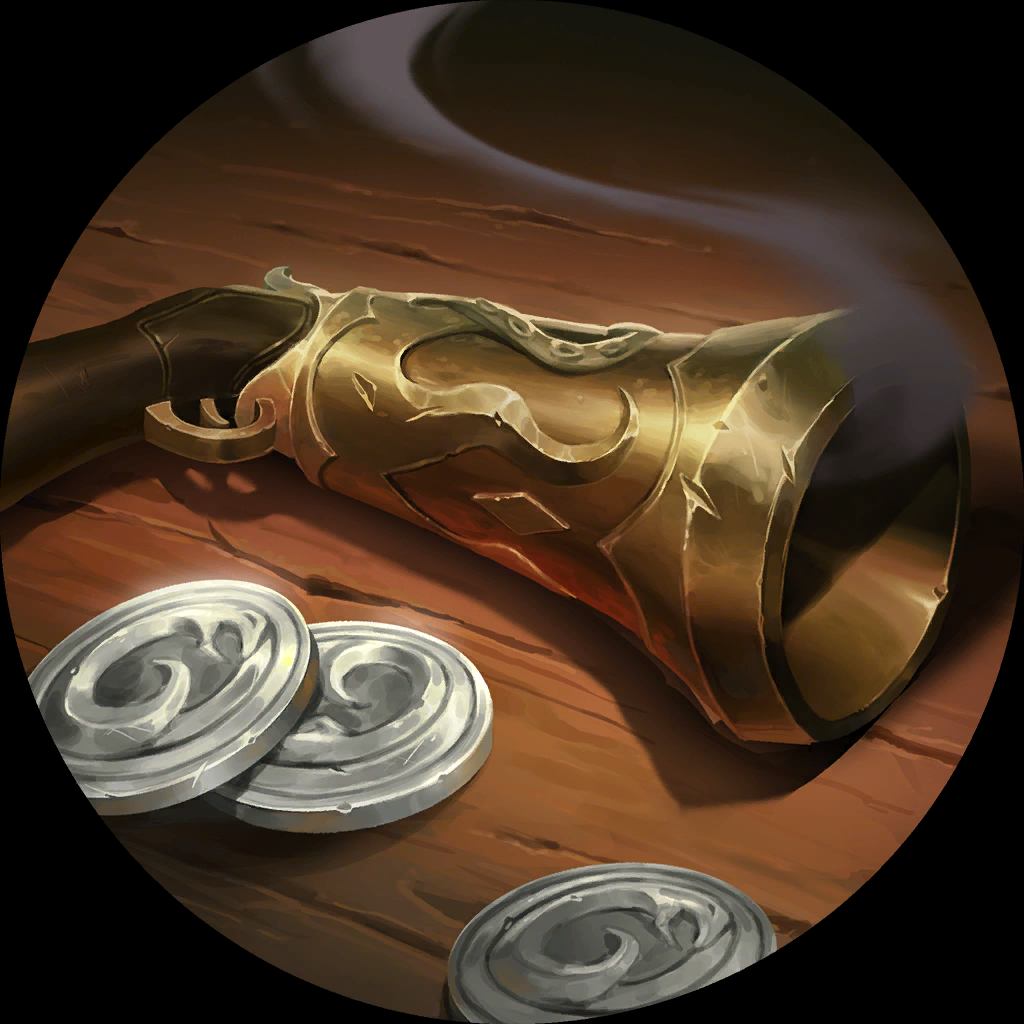 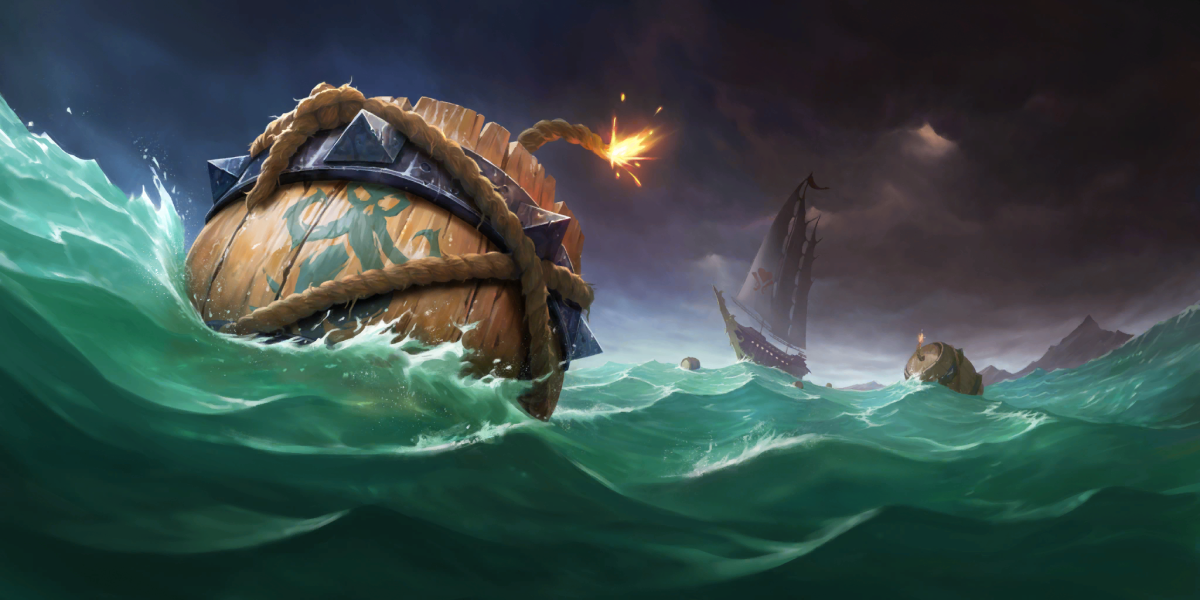 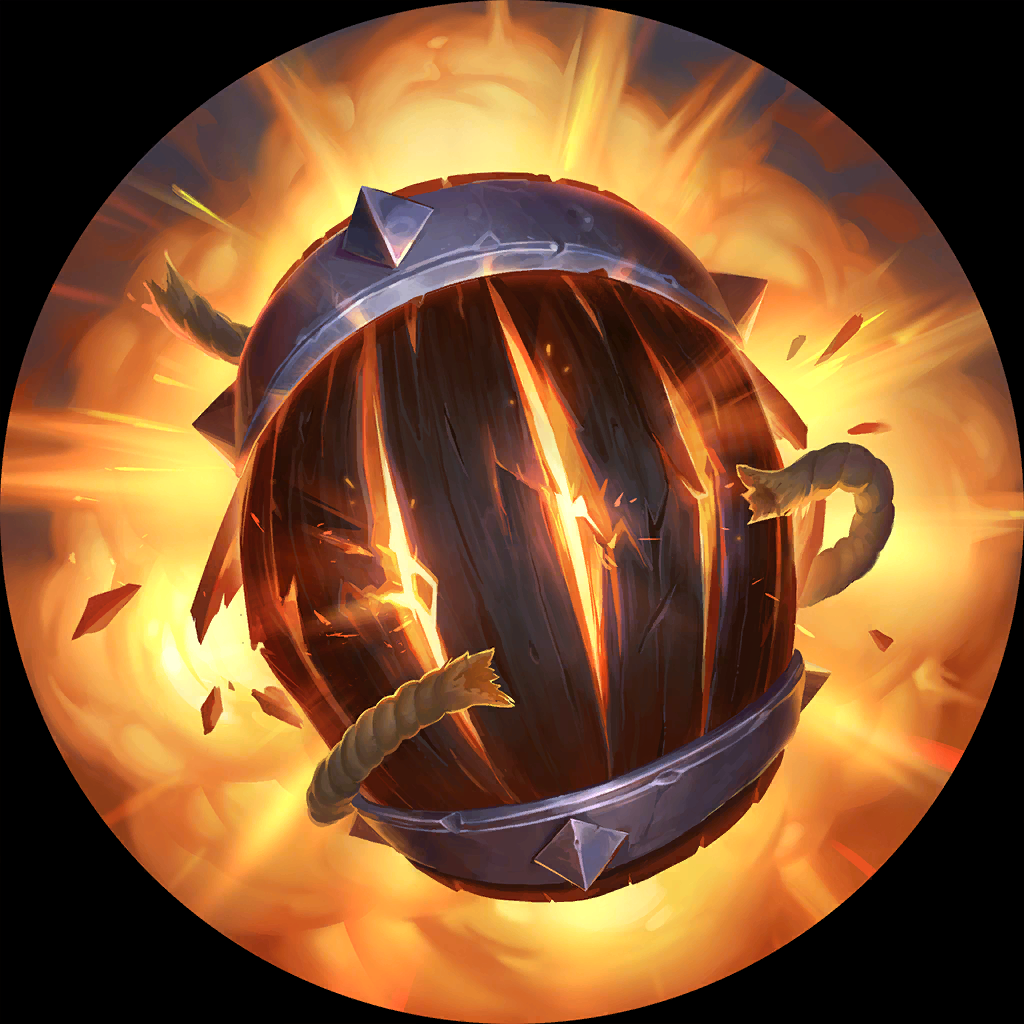 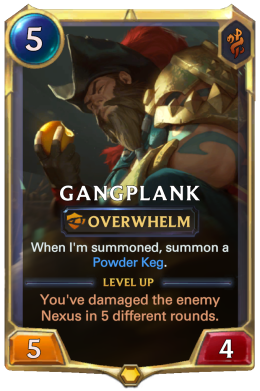 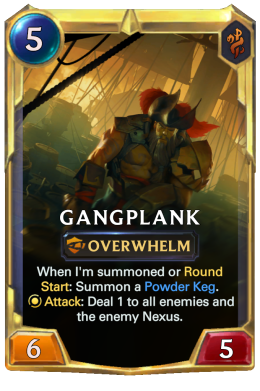 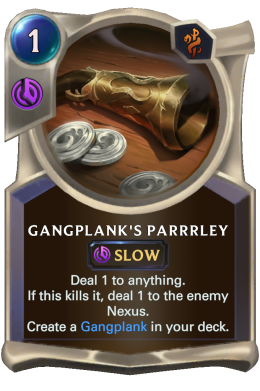 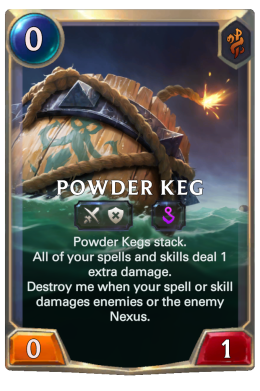 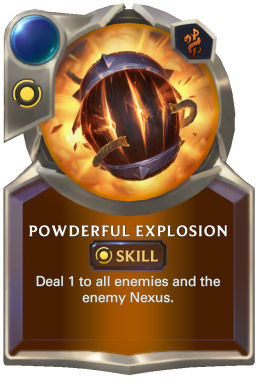 champion
When I'm summoned, summon a Powder Keg.
"Don't stare too long, lest he catches you lookin'. And don't speak ill of him, for he hears all Bilgewater's whispers. Here he comes. Chin low. Eyes lower." - Dreadway deckhand
Gangplank

champion
When I'm summoned or Round Start: Summon a Powder Keg. Attack: Deal 1 to all enemies and the enemy Nexus.
"Seen his eyes enough to know. Ain't nothin' but pure anger there. Someday, the boss'll do to Bilgewater what it did to him." - Petty Officer
Gangplank's Parrrley

spell
Deal 1 to anything. If this kills it, deal 1 to the enemy Nexus. Create a Gangplank in your deck.
Gangplank's version of mediation is often brief, and always bloody.
Powder Keg

follower
Powder Kegs stack. All of your spells and skills deal 1 extra damage. Destroy me when your spell or skill damages enemies or the enemy Nexus.
"Where there's a keg, there's a way." - Bilgewater saying
Powderful Explosion

ability
Deal 1 to all enemies and the enemy Nexus.
"Blow 'em to the depths!" - Gangplank