Hello everyone! A Curious Journey expansion is finally out, adding 4 new champions to the Legends of Runeterra roster along with new cards and keywords.

Patch 3.2 also introduced nerfs to Ahri, Wounded Whiteflame, Iceborn Legacy, and Kinkou Wayfinder, most of which are cards that were run in Tier 1 decks. The nerf to Ahri and Kinkou Wayfinder in particular means that’s we’ll be seeing less Kennen Ahri in the meta, a deck that dominated the competitive ladder last season.

With the start of every season, the meta tends to be a bit volatile, players are experimenting with the new cards, trying to find the optimal decks that’ll shape the meta, so it’s my mission to try and find the best-performing decks that are being played early on.

In today’s article, I’ll feature 5 new decks that were performing well on the competitive ladder in the hands of the tops players on day 1, so let’s get started! 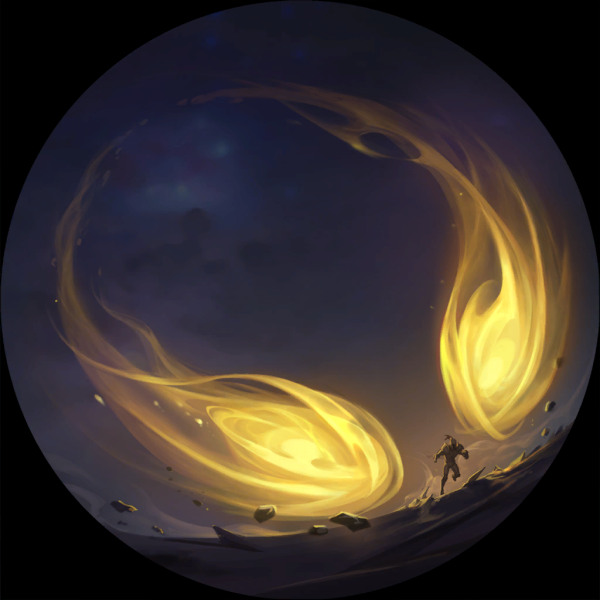 Who would have thought, a Star Spring deck with no Tahm Kench that seems to have potential!

Masters player GrandpaRoji from the Americas Shard played Soraka Galio on the first day of the expansion, boasting a 62%+ win rate with the deck on the competitive ladder.

This Formidable deck relies on Soraka and Star Spring to maximize the potential of the keyword, as healing your units allows them to remain on the board until you’ve summoned your Galio. The healing from both Guiding Touch and also allows your Formidable units to dish out damage and survive combat.

Durand Protege empowers your units, making them difficult to remove with the 0|+1 and Tough.

Zenith Blade grants the Overwhelm keyword which takes advantage of the high damage output of your units, as the more health a Formidable unit has the more damage it will deal!

Gifts From Beyond is a versatile card, the Moon Weapon you choose will depend on the situation of the game. According to GrandpaRoji, the card’s main use the list will be its ability to summon Petricite Broadwing through Crescendum.

The deck has two win conditions, complete board domination and destroying the enemy Nexus through your units, or completing the Star Spring quest by healing your units throughout the game.

, a Bandle City Targon deck, was piloted by Europe Shard player, Daylton. From what he tells me, Yuumi Gnar is his favorite archetype so far! He managed to win 7 games out of 10 on the Ranked ladder.

The deck has different versions out there, some are running either Fizz or Zoe to better utilize the Elusive keyword, but I’ll feature the Gnar version in this article.

Yuumi Gnar is a Fae deck that takes advantage of the Attach keyword. Gleaming Lantern on turn 3 allows you to immediately play an additional 2-mana cost Fae for free, which gives you an early tempo advantage over your opponent.

Gnar is more of a midgame value champion, but he can turn into a win condition especially if you Attach a Yuumi to him. However, you don’t necessarily need to commit too many resources onto Gnar. The Vulnerable keyword he gives to the Strongest unit sets it up to be challenged and removed.

Zenith Blade grants your units Overwhelm, and you will later use this keyword to its full potential when playing Attach units.

Quick Quill and Rainbowfish are run in the deck for their Attachable keywords. The Quick Attack can keep key units alive in combat, and Elusive will often enable a unit to go through to the enemy Nexus for a huge strike.

Fae Sprout allows you to find a Fae that is suitable for a specific matchup or situation. For example, Papercraft Dragon giving Double Attack to a unit with Overwhelm keyword can be a game-ending play.

Destiny’s Call is saved for one of your Attach units – the additional stats will enhance the unit you Attach it to, turning your threats with Overwhelm keyword into a win condition. Even if the unit dies, the Attach units retain the Destiny’s Call stats when they come back to your hand, allowing you to replay them on another unit.

On the first day of the expansion, Gnar brought the Bandle City Noxus Burn deck into the meta – eMOEtional played this version of Ziggs Gnar, maintaining around a 70% win rate with it over 40 games!

This is basically the Yordle Burn archetype, but with Gnar replacing Poppy. It’s an aggressive deck that focuses on going wide with cheap units like Legion Rearguard, Legion Saboteur, and Stone Stackers to deal early damage. Your objective is to end the game as fast as possible before your opponent can stabilize.

Another new inclusion is – after transforming it into Terrordactyl, the Impact damage along with 1 damage you deal on round start can be just enough to finish off the opponent’s Nexus.

The Quick Attack on Gnar makes him difficult to remove, but is where it’s all at! The Overwhelm damage you deal can set your opponent low enough to close out the game with your burn cards like Noxian Fervor and Decimate.

Udyr hasn’t performed well on day 1, but there’s still hope for him to find a deck that makes him shine. Nonetheless, I couldn’t write this article and completely omit The Spirit Walker.

I decided to feature Swimstrim‘s version of Udyr, Udyr, which he kept an even win record with over 12 games.

Akshan is the early card you want to see, summoning Warlord’s Palace as soon as possible. You run a lot of defensive combat tricks to keep key units alive – most importantly Akshan needs to stay on the board until he levels up.

The Stance Swap is a very versatile card, and your decision regarding which Stance you choose depends on the matchup scenario. When played on a unit, the Stance Swap will trigger the Warlord’s Palace, accelerating its quest.

Boar Stance is helpful to keep units like Udyr and alive, as the Regeneration keyword it grants can be a nuisance to deal with.

Wildclaw Stance is the game-winning play, the additional Power along with the Overwhelm keyword can set up for a strong attack to the Nexus.

Udyr is your Stance generator, you can make sure he survives combat with defensive cards like Elixir of Iron, Troll Chant, and . He is a bit slow, so you might end up waiting for later turns when you’re able to play him and protect him at the same time.

The main problem is that in most cases your games will be over before you manage to level up Udyr and take advantage of his additional stats.

I don’t believe this is the best version of Udyr we’ll get to see, but the road might be long.

NicMakesPlays took Galio Pantheon to the ladder and have been refining the list as he played different matchups with the deck. He managed to maintain a positive win rate of 54% over 20+ games.

This midrange deck now runs the new units with Formidable keyword, Petricite Hound, Petricite Broadwing, and Mountain Drake that allow for solid early to midgame plays while you set up for your Pantheon and Galio.

Guiding Touch, Shield of Durand, and Sharpsight are solid combat tricks to keep your Formidable units alive. You’ll want to have a decent board when you set up for a Galio play.

Once Galio hits the board he will grant +0|+3 to all units, making it even harder for your opponent to deal with the board. The Spellshield on Galio is important, and makes him more resilient to spot removal.

A leveled-up Galio will often present lethal, as with a solid board of buffed units, you might be able to threaten a game-ending attack.

Pantheon, as usual, is a great win condition, the deck runs a lot of cards that help level him up, and once leveled the keywords he gains will be troublesome for your opponent.

Both Galio and Pantheon act as win conditions in the deck, Galio requires the assistance of other units to get value out of and turn into a winning play, while Pantheon is a stand-alone threat, that requires you to set him up until he’s leveled and ready to hit the board.

Swain is back! Gnar Swain performed well on the first day of the expansion. How do I know? Well, I piloted the deck myself, and games seemed like a breeze, especially against Demacia decks that fall apart to Ravenous Flock.

This deck is similar to the Teemo Swain concept of old, the only difference is the Gnar inclusion, who is a more aggressive champion thanks to his Quick Attack. Also, Gnar’s level-up allows you to remove strong units off the board, perfect for a deck that wants to control the opponent.

Cards like Pokey Stick and Poison Dart allow you to level-up Gnar. This isn’t the exact win condition, although the Overwhelm damage can be game-ending! Gnar acts as an annoying threat that continuously provides value.

Teenydactyl can easily transform to Terrordactyl, which synergizes with a leveled-up Swain, allowing for a unit Stun at the start of each turn.

Your main objective is to set up Swain and The Leviathanon the board and stun-lock your opponent, paving the way for your lethal.

The first day of a new season usually means that we’re in the experimental phase. Some new decks show potential early on, but that doesn’t necessarily mean they’ll become meta staples.

The environment will change a lot during the first week or two before it finally settles down, and all the decks in this list will still be tweaked and tuned by players to adapt to the meta.

Gnar does seem like an upgrade to many older archetypes, and he revitalized decks such as Ping City, Swain Bandle Control, and Ziggs Burn.

Hope you enjoyed the article, if you wish to keep up with my content consider following me on Twitter!

Bard Illaoi Deck Guide – Everything You Need to Know!

Kai’sa Akshan To Rank 1 Masters – Everything You Need To Know!