The first revealed “Runeterra” Champion once previews for Worldwalker began, Jhin shakes up deckbuilding by being his own region, and introducing new rules to how you construct your decks!

How does Jhin play, though? He is a control Champion that focuses on stunning your opponent’s units and then damaging them and the enemy Nexus with his on-attack ability. Thanks to his origin, Jhin also helps weaken the enemy Nexus while hanging out in your hand and can gain his level up before being played.

His mechanics are focused on activating unit skills (pretty much anything that puts an effect on the stack), casting Fast and Slow speed spells, and his unique deckbuilding rules allow you to include any unit that has a skill from any region!

The immediate Champion pairing Riot has put forward is with Annie, a 1 cost Champion that activates a skill on every attack.

In this Jhin Annie archetype, the goal is pretty clear: burn the opponent down. The deck features many aggressive 1-cost and 2-cost units to quickly create pressure and deal nexus damages.

Moreover, the multiple stuns offered by Solari Sunhawk, The Stagehand, or Jhin, prevent the enemy from blocking, enabling us to push even more damage with our wide, cheap, aggressive board.

What’s also interesting about the deck is that a lot of our units have the ability to deal direct nexus damage. Jhin in particular helps ensure that you keep the damage coming thanks to his origin and our numerous skill effects. This makes it very easy to finish the game once we get the opponent’s nexus health low enough, especially when combined with our two only spells – Decimate and Noxian Fervor.

For a burn deck, Jhin Annie can be surprisingly resilient in the right circumstances thanks to the champions’ level-up. Indeed, both champions are easy to level in this dedicated deck. Annie’s Tibbers will add a lot of value to our hand and help us push through. If Jhin levels up and gets to attack, it will likely be difficult for the opponent to survive as the damage also goes to their face.

Annie Jhin got to a very bad start compared to the expectations because a lot of players were dispersing their build too much with Ravenbloom Conservatory. But, as players start to replace it with The Stagehand, the archetype’s win rate has drastically climbed, and it is now sitting at a solid spot among the Tier 2 Staples.

The main pairing outside of Annie being used so far is Yasuo, another Champion that plays well with stun mechanics, but isn’t seeing as much success in ranked play. 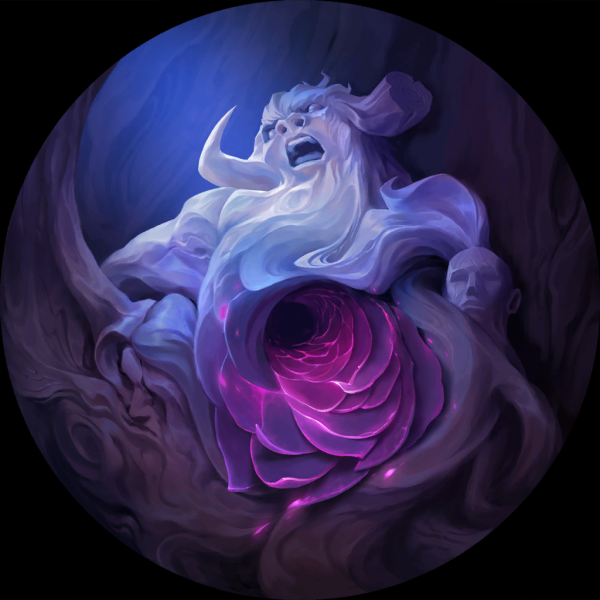 Jhin Yasuo is a deck entirely built around Stun synergies. Jhin and Yasuo both benefit greatly from stun effects, as they will both be able to damage the opponent’s stunned units. Moreover, all of our stuns come from skills or slow or fast speed spells, which means they both help level up Jhin and Yasuo.

While the synergies definitely look interesting, the deck performs very poorly so far and isn’t close to being considered competitive. The lack of Ravenous Flock means that if you are unable to get one of your champions to stick on the board, your stun effects will be pretty much wasted. And even with a champion on board, the deck doesn’t pack enough firepower and explosiveness to put a real fight against meta archetypes.

So far these are the most played Jhin decks in constructed PvP. Annie Jhin has much more data and a much higher win rate (having reached 50% after a poorer initial showing) and seems to be the only competitive Jhin deck so far.

Yasuo has always struggled to perform well in high rank PvP matches, though, so in my estimation this doesn’t reflect poorly on Jhin. There are a lot of other Champions that might work with Jhin that we don’t have enough data on yet, as well. For example, every Daybreak effect is considered a Skill, opening the door to a Leona Jhin deck.

I’ve spent a lot of time with Jhin in Path of Champions 2.0 and can say he is an absolute blast in that mode. His deck is very well suited to him and his PvE powers, so even if you don’t think he is your kind of Champion in PvP, you may be surprised by how much fun you can have in Path of Champions.

In conclusion, Jhin and Annie have a fun deck for PvP, and Jhin himself is a lot of fun in the expanded Path of Champions. I’m really glad he has been added to the game, and his new deckbuilding rules will help him adapt to future updates of Runeterra in fun and unexpected ways.