With the season ending, there isn’t much time left to grind for your desired rank.

Whether you’re trying to just hit Diamond or Masters, or you’re wanting to end the season Rank 1 in your region, there’s only about two weeks left to do so.

With such little time left in the season, here are the 8 decks I think will be best to climb ladder with this week.

Not much left to be said about Poppy Zed other than this is THE deck to beat now.

Since Poppy Zed counters the other most played deck in the meta, Plunder, and has such an easy time dealing with every other slower or midrange deck, it really is the tier 0 deck of this meta.

*All data used in the article is from Mobalytics, Plat+ rank
**Position change since previous Power Rankings article

Plunder is 10% of the meta game right now and there’s a very obvious reason for that. PLUNDER IS INSANE!

The only deck I consistently lose to when I play Plunder, is Poppy Zed. So if you can manage to dodge Elusives on ladder, you will have an easy cruise to your Ranked goal.

Sivir Akshan Demacia midrange is a very solid deck at the moment. It can beat a lot of other midrange decks through the raw power of the Vulnerable + Quick Attack combo, but also beats every control and slow deck thanks to Golden Aegis.

This archetype is very good at taking over the board, then finishing the game out of nowhere thanks to The Absolver plus Sivir combo. Definitely a deck to play if you enjoy the old-fashioned midrange style lists.

While Sion Draven got dethroned a few weeks back, the deck is still alive, just with a few changes to the build.

Now it leans away from the heavy midrange value build and started going more direct damage focused. Most top ladder builds are playing 2-3 Decimates as well as a copy of Captain Farron. This is to help out your matches against decks like Plunder where their main focus is to just stop Sion.

With more burn in your deck, your opponent now has to focus on not taking too much damage early and mid-game, and they will have to use more resources early or run the risk of dying to a couple of Decimates. 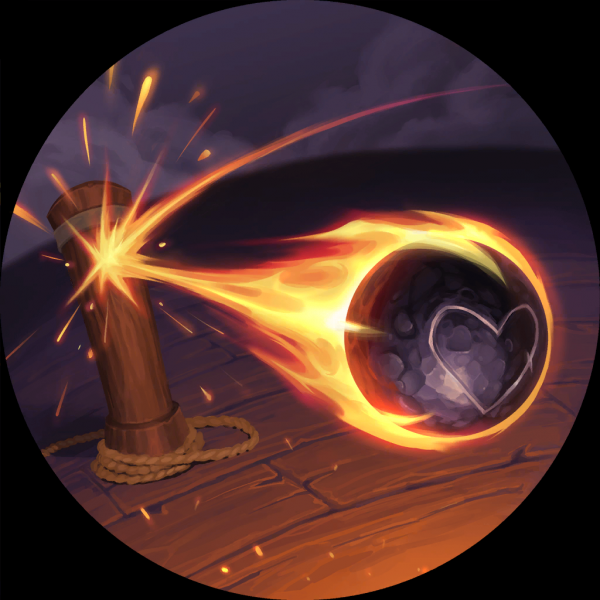 Ping City is a deck I’ve noticed a lot of players have stopped talking about, but it’s still boasting a solid 56% winrate in Masters.

This is due to this archetype having a very solid matchup into Poppy Zed. With most of the unblockable units in Poppy Zed having 1 or 2 hp, it’s very easy for Ping City to find ways to stop them. On top of having multiple spells that can easily remove the Elusive units, you have cards like Twisted Fate and Monster Harpoon that can prevent a Zed or Poppy from running away with the game.

Ping City is the happy median in decks that want to be aggressive and have fast games, while also being able to control the board state against other aggressive decks. I highly recommend this deck if you’re an aggro player like myself.

If you’re a control player looking to make a final push on ladder, this is the deck I recommend.

While Teemo Swain might not be the most powerful deck out there, it has a huge bonus that the other control decks lack. Teemo Swain actually beats Zed Poppy. In fact, this deck was actually created to beat it.

The downside to Teemo Swain is the deck isn’t very good into most other matchups, but since a majority of the ladder is going to be Poppy Zed since people are going to be trying to make a quick final push, it should be smooth sailing to free LP town while riding on the back of Teemo Swain.

Lee Zoe is the best-positioned combo deck in the meta at the moment, so if you love having uninteractive combo wins where you kill your opponent from 20-0 all while taking 0 damage because you’ll get two Eye of the Dragons in play by turn 3, this is the deck for you.

Lee Sin sits well in this meta since it betas Plunder, Draven Sion, and almost every burn deck out there thanks to the 54% chance of having two Eye of the Dragons in play by turn 3. So on average, you will have a wall of Lifesteal blockers by turn 4, and at that point, all you need to do is draw into your Lee Sin to casually kill your opponent in one turn.

Sentinel Tempo is my wild card for this week. Sentinel Tempo is wildly under-the-radar deck, so that takes a bit of learning, but after you figure out how to pilot the deck, your LP will only go up.

I’m so confident in this deck and I want to help players learn the deck, that I’m making a Deck Guide for Dummies on Sentinel Tempo over on my YouTube channel to help speed up the learning process and help players get on the LP train even faster.

The idea of Sentinel Tempo is to play Burgeoning Sentinel and Buhru Sentinel, then just out-tempo your opponents by removing their units and pushing damage with your now large Fearsome attackers.

Fearsome is a really good keyword right now since most of the popular decks play very few Fearsome blockers, and when your opponent does play a Fearsome blocker, Sentinel Tempo can just remove it with one of their 13 removal spells!

Board advantage and tempo is the name of the game when playing Sentinel Tempo, and after about 20 games, the play patterns of the deck will become clear, and you’ll start the climb to your desired end-of-season goal!

Overall we’re in a pretty good meta. There’s really only 1 deck that is considered to be overpowered, and I’d say that’s pretty healthy!

LoR has done a great job at making so many decks viable compared to other CCGs where there is usually just 1-5 viable archetypes at most.

Do you guys think it’s ok to have just one super-powerful deck like Poppy Zed if the rest of the meta feels pretty balanced and fair, or should there be no OP ‘Tier 0’ decks at all in each meta? Let me know in the comments below, and I’ll see you all next week in my next LoR Ladder Power Rankings!