Previously in this series of articles, we tackled Dragon, Lurk, and Zed Poppy, all at their prime. As we go further in the season, top decks get harder and harder to counter. Over the past several months, if there ever was an archetype we could call an ‘apex predator’, it is Gangplank Sejuani.

It wasn’t so easy to find counters to this deck, and even when playing a counter to Gangplank Sejuani you can still lose to it – this is the mark of a true Tier 1 king.

However, this doesn’t mean we should give up – with an 11% play rate on the ladder, Gangplank Sejuani is very popular, and having even a slightly favored matchup against them would drastically improve your climbing experience.

In this article, I will share with you my best picks to go against Gangplank Sejuani. First I will share some high-tier decks with a slightly favored matchup against Gangplank Sejuani – perfect for a consistent climb on the ladder. Then we will talk about some less popular archetypes, specialized in taking down the Plunder deck – they will overperform in this meta and are particularly good in tournaments.

All matchup win rate stats are from Mobalytics.

Zed Poppy has been one of the best decks in the meta for quite some time now. It has a lot of positive matchups, very few counters, and its slightly favored matchup against Gangplank Sejuani is the icing on the cake.

This deck is very aggressive and uses buffs and Elusive units to apply a huge pressure rapidly and top it off with Rallies. Its numerous combat tricks make it hard for the opponent to get rid of your threats, leading to a very straightforward game plan.

The archetype ran into a minor hurdle with the rise of Jayce Lux, but there is no doubt Zed Poppy is still one of the very best decks at the moment.

Zoe Lee isn’t played a lot right now, but it is still a very potent combo deck – a Tier 1 one in my opinion. As usual, I expect it to see its resurgence in the Seasonal, as the deck performs particularly well in tournaments.

This archetype looks to give Lee Sin the Overwhelm keyword to one-hit the opponent once Lee levels up. The deck packs a lot of defensive spells and buffs to prepare for Lee Sin and protect him.

With 6 effective copies of Eye of the Dragon (3 main deck cards, and 3 ), the deck is able to defend itself very well while setting up the Lee combo. Zoe enables our synergies thanks to her spell generation, all the while being herself an alternative win condition.

While Zoe Lee’s win rate against Gangplank Sejuani on stats isn’t too impressive, be aware that this is a pretty complex deck and matchup to play. The Zoe Lee player has a lot of agency in it, and the matchup will get more Lee-favored at a higher level.

Turbo Thralls has always been considered as one of the great counters to Gangplank Sejuani and has seen a large resurgence lately thanks to that.

This archetype looks to play the Frozen Thrall landmark early in the game and leverage it through advances of their cooldowns (e.g. Clockwork Curator, Time in a Bottle), and duplications (Taliyah, Promising Future). The early onslaught of 8/8 Overwhelms is the payoff of the strategy, and often comes online too fast and is too hard to counter for midrange and control strategies with no way to destroy landmarks.

Before the Thralls come online, this deck is able to stabilize the board with well-stated units and several cheap AoE damage spells, perfect to deal with Plunder’s numerous small early units. 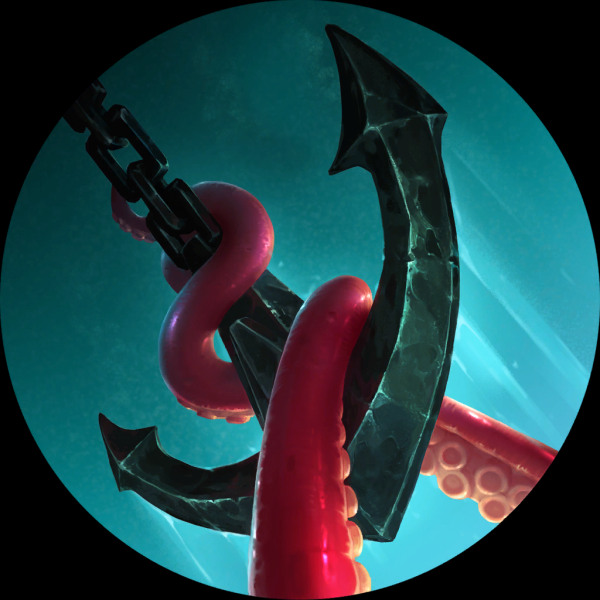 With Deep, we enter a different territory – now we are starting to look at really niche options, which have a lower play rate and arguably power level but are more specialized to take down Gangplank Sejuani.

Because the decks in this category are not played much right now, the sample sizes are extremely low. However, I am still very confident in their ability to counter Plunder, as they were already doing exactly that a few seasons ago.

The Deep archetype looks to use the Toss mechanic to rapidly go under 15 cards in the deck, and then unleash the devastating power of Sea Monsters. Nautilus is a key unit in the deck, allowing you to very quickly dominate the board once you’re Deep all the while removing the opponent’s key units with Devourer of the Depths.

So far, we’ve only looked at decks that are essentially only slightly favored against the Plunder archetype, with none of them going above 60% win rate in this matchup. Vladimir Braum, aka the Crimson archetype, however, is a truly specialized option.

This archetype revolves around your units getting damaged to activate the Crimson synergies. The Scargrounds is a key card in this deck, as it will quickly buff up our units’ attack to high numbers all the while giving them more survivability with Tough.

The deck takes a few turns to set up its synergies but is able to defend itself with well-stated units and cheap AoE damage effects, which remove the opponent’s units all the while triggering your synergies. Then, Braum, Vladimir, Scarmother Vrynna, and Basilisk Bloodseeker will quickly finish the game with direct Nexus damage and the Overwhelm keyword.

For the last deck of this article, let’s talk about none other than the best counter to Gangplank Sejuani. While Soraka Tahm Kench has faded away from the meta, it is a seasoned archetype, and we’ve seen it make countless resurgences as a counter deck thanks to its polarising game plan.

Star Spring is the key card of the deck and the main win condition. The deck can essentially be divided into 2 parts that complete each other – the wounds (e.g. Tahm Kench, Boxtopus), and the heals (e.g. Soraka, Astral Protection).

Thanks to your unit’s high health pool and your protection spells, the opponent will have a hard time removing your key engines, and therefore the healing will continue until Star Spring wins you the game.

This deck is particularly strong at snowballing advantages. Soraka and Tahm Kench are both incredible engines when they stick to the board, and your heals further enable this snowball.

As we can see in this article, Gangplank Sejuani is a deck truly deserving of its Tier 1 status and it isn’t so easy to counter it. However, we still found some great options to ease our climb, and include in interesting targeting lineups for tournaments.

Going forward, I expect Gangplank Sejuani to stick as one of the best decks of the meta. However, I also think that Zed Poppy’s play rate should rise back to Gangplank Sejuani’s level, crowning them as a duo of meta kings.

If you have any questions, feedback, or want to discuss those balance changes, I’ll be happy to read and answer you in the comments below!