It’s Mezume here bringing yet another bunch of decks you don’t see on the ladder that often (and probably for a good reason!). This time with a different spin: landmark edition!

There was a lot of hype, but also controversy when the new card type was revealed. In the end, it has to be said that many of them just failed to have any impact on the game. Here I decided to take those underplayed landmarks and showcase a few decks I believe are fun to try out! I also have some different spins on the ones that are mainstream.

As with most of my pieces here so far, do not expect the included decks to get you to the top 10 of the Masters ladder or bring you big tournament victories. Instead, treat it more like a fun way to use those overlooked cards. This could also help you make a choice next time you get one of the landmarks presented as a prismatic in a chest!

To choose the most interesting decks for this article, I picked the landmarks that I find to be designed in the most creative way. I eliminated popular ones, as well as those that simply do not have a deck I want to feature in an article, and I arrived at these five below. 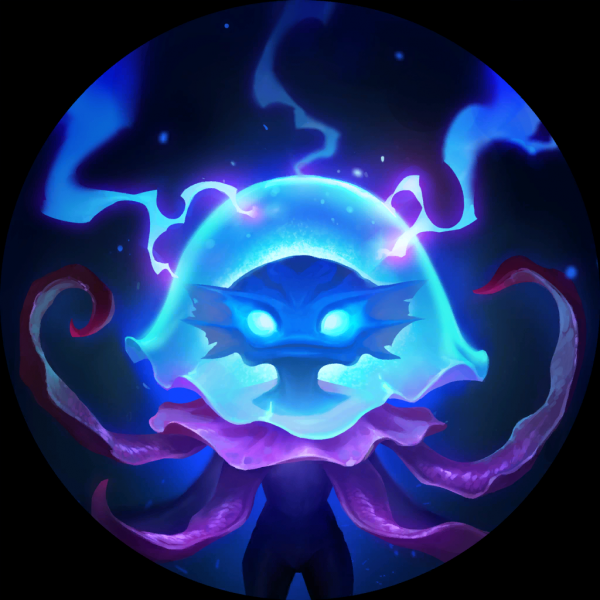 This is the deck that gave me the idea for this piece. Made by Patpat, whose lists are becoming a regular feature in my articles, it led him to some good tournament placements. This deck includes not only the Monastery of Hirana, but also a sole copy of Homecoming!

Elusives is the name of the game in this deck, but with multiple surprising twists, as the list packs a bunch of recall synergies as well. The main win condition of this deck is filling the board with Elusives for a strong swing to take down the opponent’s Nexus. This is achieved by reducing Wiggly Burblefish’s cost as low as possible, while also having Greenglade Duo and Fizz as additional sources of damage. Mind Meld and Twisted Fate act as additional win conditions, as the deck is able to cycle itself insanely fast, thanks to cards such as Pool Shark, Ki Guardian, and Shadow Assassin (especially combined with Sanctuary – the fleeting recall spell created by Monastery of Hirana).

The deck stands out instantly – it includes Ionia cards, and not just as a supporting region. It revolves around the spell, draw, and Elusive support that Ionia has to offer, all of which is then leveraged by Bilgewater pay-off cards like Burblefish and TF. Due to how easy it is to refill your hand and board, this deck isn’t as susceptible to removal as other Elusive decks have been in the past. On top of that, the list has multiple chump blockers to slow the enemy down while levelling TF or building up a strong turn. Pool Shark, Claws of the Dragon, Coral Creatures and Concussive Palm are all great ways to stop aggression for a few extra turns.

This deck is just insanely fun, but also very difficult to play. To use the words of the creator: “The most fun part is that it feels like a huge puzzle every time: bouncing stuff, making sure Mind Meld is big enough to play around opponent’s removal and Hush, giving vulnerable to multiple targets to remove small threats and Elusive blockers, and using Fizz’s champ spell for game closure”.

If landmarks as a whole were a controversial concept, Targon’s Peak is a definite peak of that controversy. A card with a random effect that can win the game on the spot is definitely going to be eyed suspiciously by players, but the randomness of this one can be mitigated to a certain point by you – as well as by the opponent. The featured deck is the one I found most consistent, provided by Win by Coinflip.

There have been many attempts at making this deck work; and this is the one I find most successful. Contrary to what it seems like at first sight, the list is not completely reliant on playing Targon’s Peak at 5 mana. You can still do well by just ramping into your late game and overwhelming your opponent with threats such as Feel the Rush, Aurelion Sol or She Who Wanders. The strategy does, however, revolve around playing the landmark as soon as possible and maximising the odds of hitting your top-end cards. To survive until that point, it runs cards such as Zoe, Spacey Sketcher and Starry Scamp; which also double-up as easy ways of dumping your hand, thus ensuring Targon’s Peak works properly. Additionally, Faces of the Old Ones and Catalyst of Aeons ramp you and speed up the landmark.

The feeling of playing a turn 5 Feel the Rush or levelling Aurelion Sol on turn 6 is not comparable to anything else. Pulling off the combos in this deck or even simply planning your plays so that you force the reduction to go on the desired cards is very satisfying. If the stars align you are able to beat nearly every deck in the game! Additionally, tools like Avalanche and the healing allow you to stand a chance against aggressive decks.

I would recommend this list to anyone who just likes to slam big cards on the board and looks for the fantasy of doing completely unfair things to the opponent.

While Star Spring is commonly associated with the infamous Tahm Kench/Soraka list, there are ways, though perhaps less competitive, to utilize this landmark in other decks or even region combinations.

This strategy includes not only Star Spring, but also two copies of The Scargrounds in order to help your units not only get healthier but also finish the game. There is some anti-synergy between the landmarks, as Tough means that there will be less healing – however, some matchups are better won via board state, and Scargrounds helps with that.

The win conditions of this deck include both the Star Spring, as well as a big Overwhelm unit in Scarmother Vrynna. Additionally, Braum helps you control the board, as there is plenty of protection for him to level up and take over the game, while simultaneously working towards Star Spring’s requirement.

Just like TK/Soraka, this deck forces the opponent into an awkward gameplay pattern, where they don’t want to ever damage your units. The addition of Braum and the Freljord finishers means that there is an extra layer of inevitability. Vrynna’s attack constantly goes up and Braum can damage himself in a similar manner to Tahm Kench.

So why play it over the Bilgewater/Targon version? It gives more choices as to how to win the game. There is more merit to just being aggressive and finishing off with a huge Overwhelm Vrynna, as opposed to sitting back and bleeding the opponent out of resources. It is also a much less played list – and an interesting deck to try out for yourself! 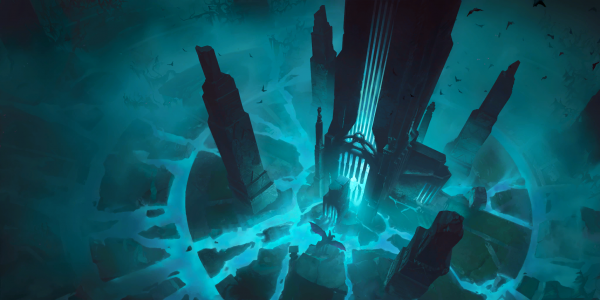 Vaults of Helia is a highly synergistic landmark that encourages deckbuilding with creative limitations imposed. Your mana curve needs to be particularly linear in order for this card to work at its highest potential.

This deck aims to abuse the power of Vaults in one of the most obvious ways – through the Hecarim + Rekindler combo. In order to enable the perfect vaults order, each of the higher mana costs is occupied by exactly one unit that the landmark is meant to summon; those being Grizzled Ranger, Radiant Guardian, Hecarim, Rekindler, Tianna Crownguard, and Commander Ledros respectively. Because of the slower early game and a high curve, the deck includes Mist’s Call to ensure that Radiant Guardian can be resummoned after being sucked into the Vaults of Helia. That, alongside Demacian strike cards like Single Combat and Judgment, allows the strategy to make up for falling behind.

There is no way to make Vaults a completely competitive card, but the Demacia+Shadow Isles lists like this one come the closest. This strategy has a very high strength ceiling when it works out. Its main problem being an atrocious lack of consistency – there will be games where you get overrun and can’t do anything about it. Despite playing Radian Guardian and Deadbloom Wanderer, aggro decks can easily finish you off before you stabilize – especially if you aren’t able to draw Strike effect or early playable units. The late-game finishing potential of this deck, however, is matched by nearly none. Between Tianna, Ledros, Harrowing, and Hecarim, there is little your opponent can do to stop the onslaught. 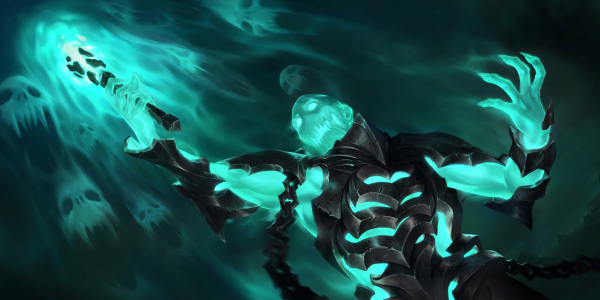 1
5
Grasp of the Undying

I have to start this one off with a disclaimer: this is not a competitive deck. Noxkraya Arena isn’t a card that can be utilized very well with the current card pool, and probably ever – unless it gets buffed.

This deck builds on the idea of the off-meta Zombie Swain archetype, which relies on ensuring that Swain can stick to the board with the help of Rekindler. However, this is a spin that includes an additional control tool in Noxkraya Arena, combined with The Undying. This combo lets you slowly wrestle control of the board and ultimately get a big value advantage, assuming the opponent cannot silence The Undying or destroy the landmark. Shadow Isles control tools are crucial in aiding that gameplan, as both of these cards are immune to cards like The Ruination. The list wants to outvalue the opponent and stall them until they are out of tools to finish them off with the Swain and Leviathan combo.

This strategy is fun to play and utilizes some of the best effects in the game – such as the Noxkraya Arena’s visual effect! Decks that cannot easily deal with The Undying or close out the game early will have a difficult time outvaluing this list. It will create card advantage over time and force the opponent into awkward actions in order to avoid their priority targets being taken out by the landmark’s effect. This then allows for Swain and his boat to be uncontested, which will lead to the victory

If you’re desperate to try and play Noxkraya Arena – definitely play this one; preferably in normal or low ranks.

Landmarks’ introduction into the game was a pleasant surprise, but many of them simply didn’t catch on – mainly due to their power level. Others got pigeonholed into one archetype and cannot get out of it for one reason or another. The decks above are an attempt to present a different way of looking at these cards, even if it isn’t a completely viable or competitive way.

I would not recommend playing these decks (with the exception of Targon’s Peak) on the high-level ladder, as they are mostly gimmicks made to have fun and not have the landmarks just gather the dust in the back of your collection. Multiple of the decks I included here can be stronger in the future if some of the landmarks are given attention from Riot. I definitely expect at least some of them to be buffed in some of the upcoming patches – especially cards with an interesting design, such as the Monastery of Hirana and Noxkraya Arena.

Again, play these decks at your own risk, but definitely give at least some of them a try! I hope you’ll enjoy slamming them down, watching your units battle it out in the Noxkraya Arena, or finding your inner peace at Hirana. Some refreshment is always good to get us through the last few days before Aphelios’ release!