Patch 2.10 has introduced the second wave of champion skins: just in time for summer, the Pool Party is here! Previously, in Patch 2.8 four Dark Horizon skins were introduced, two of which had new level-up animations. Now there are 6 new Pool Party skins, but only 1 – Pool Party Taliyah – has a new animation. The Pool Party theme has been in League of Legends since 2015 and it is immensely popular, so I am excited that we in LoR will get to bask in the warmth of the summer sun as well!

Taliyah, Draven, Taric, Fiora, Heimerdinger, and Zoe will all be getting a Pool Party skin. Even though these skins maybe not as ‘dramatic’ as the previous Dark Horizon skins, they are all jam-packed with easter eggs! In the full art for almost every card you can spot a familiar face, whether that is another champion or a follower from Legends of Runeterra. These types of easter eggs are really cool to include and make the skins that much more interesting.

In order to celebrate this release, I put together this list of fun off-the-beaten-path decks that utilize all of the champions that got skins with this patch. Some of these decks were brewed by me, while others I have borrowed from awesome members of the community! Hopefully, this lets you jump right into the action once you purchase your favorite new skin!

This one of my favorite archetypes from these past couple of seasons – it uses a massive amount of Overwhelm units and tries to win a midrange battle.

Shurima added a lot to this strategy with access to Vulnerable and cards like Renekton, Ruin Runner, and Merciless Hunter. This archetype is often seen making use of Frejlord, but pairing Shurima with Noxus provides a slightly different take on that deck that is still extremely powerful.

Here we can use Draven to put a lot of pressure on our opponents, getting free trades with Quick Attack + Vulnerable, or just providing a solid attacker with good damage output. Noxus also just offers a lot of damage potential with strong and aggressive early units, and a massive body in Captain Farron that really helps close out games.

The most important card of this deck by far is Decisive Maneuver. Stunning a blocker in front of one of your Overwhelm units while giving your entire board a big attack boost helps easily close out games.

This deck is brought to you by an awesome content creator and competitive player, Deach! Heimerdinger has been out of the meta for a while now, but this deck really utilizes his two most recently added toys: Adaptatron 3000 and Production Surge.

It’s no secret that Ezreal works well with Freljord since that region is jam-packed with a ton of cheap targeting spells. Previously we have seen plenty of decks utilize this strategy with Sejuani in order to get more closing power, but using Heimerdinger in this shell is surprisingly powerful.

Heimerdinger offers a constant threat of a massive board filled with chump blockers and all sorts of keyworded attackers. Having some protection spells in Freljord is also a natural fit since you do need to keep both of your 3-health champions alive.

Pack the rest of this deck filled with flexible cards for removal, healing, and draw and you have yourself a really solid and fun list!

3
3
Mentor of the Stones

Here is a 2-in-1 package both Fiora and Taric here are getting Pool Party skins! This deck is brought to you by Shinri who piloted this deck to the No. 62 spot in the SEA Masters ladder a few months back.

Even though Fiora has since gotten a slight nerf, this deck still packs quite a punch. Combining the buffing power of Targon and the really strong combat tricks of Demacia allows this deck to rule the mid-game.

Whether you win by making Fiora damn near unkillable with Taric’s support, or buffing a unit so much and providing it with Overwhelm from Zenith Blade – the deck is a menace to deal with. There are some clear counters to the deck in general, but in the right meta, you can coast along and consistently cause problems for your opponents.

Right now Taliyah is in a tough spot outside of Turbo Thralls. She recently received a substantial buff so I attempted to revisit her pairing with Malphite, and to my surprise, the deck actually feels really solid!

I am going a bit more all-in here and even using the Earth Elemental and Stonebreaker, which have been really great. We don’t have a huge landmark to copy with Taliyah in our deck, but the main point of this list is to quickly level Taliyah and Malphite – ideally on-curve and keep up the tempo.

If you are looking for a rock-solid midrange deck that applies a lot of pressure and has a lot of flexibility, I highly encourage you to try out this archetype. And if this does pique your interest, I recently wrote a full guide on the deck including in-depth gameplan explanation, win conditions, matchups, mulligan tips, and much more! 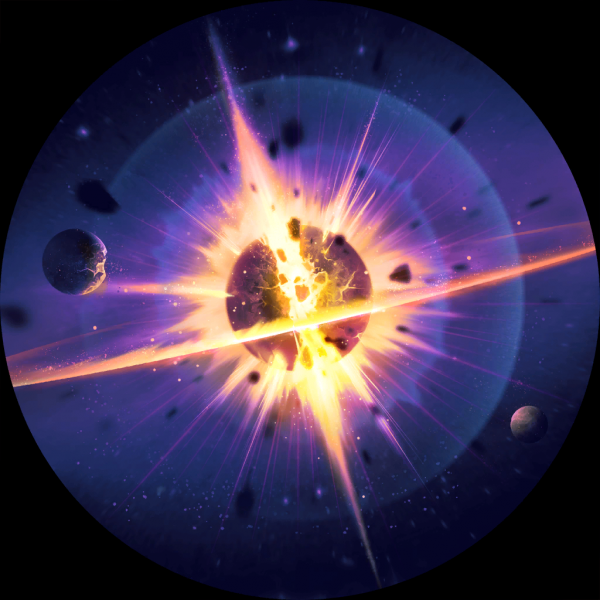 One of the proudest moments in my entire time playing Legends of Runeterra was taking this Zoe Viktor Messenger deck to Masters in Cosmic Creation season.

This deck lives and dies with the Invoke package. Our goal is to win the value game throughout. We do this by constantly finding the answers we need within the Invoke package. While doing this we help to level Viktor and Zoe, and sometimes we even get the Celestials with a discount if we have the Mountain Scryer out or Viktor leveled up. We do all of this while producing an insane amount of The Messengers all of which will hopefully be buffed by Starbone and discounted by the previously mentioned cards.

This deck truly shows off the flexibility of Targon and more particularly the Invoke Package. I still revisit this deck and it holds up quite nicely, even though multiple cards have since been changed.

I believe this list will also score some bonus points when it comes to the Pool Party theme because it uses Spacey Sketcher, Starry Scamp, and Giddy Sparkleologist, all of which can be seen in Zoe’s new full arts! If you are looking for more tips on this deck as well, I also have a guide for it!

I hope this list of decks leaves you inspired and ready to jump into some gameplay with your new Pool Party skins!

These decks might not be the most meta ones you have seen, but I have played each of them, and even wrote guides on a few, and I promise they have a lot of potential for winning and are very fun to pilot.

So what are you waiting for, the water is warm – jump right in!