Hello Runeterra, Spaiikz here in the vast Shuriman desert and I’m making sure we’re all prepared for the long trek through it.

Patch 2.4.0 was exclusively focused on bug fixes and miscellaneous quality of life improvements. This means that Twisted Fate Fizz is left untouched for a bit longer, so today I’m giving you a few decks to counter that dominant deck. That way you will be prepared to survive the vast Shuriman desert as well.

Twisted Fate Fizz is a very strong deck right now, sitting at a 56% win rate across all ranks. It also has one of the highest play rates as well. To start off this article, we have to look at the ways in which Twisted Fate Fizz is vulnerable. In general, there are main ways we can steal games from them.

The first one is by making Twisted Fate Fizz run out of cards, while also surviving the onslaught of their Elusive units. Remember, you need to meet both of these conditions to win. Sometimes, even if they run out of cards, they can still kill you with their Elusives. On the other hand, if you fall behind on cards, trying to survive the Elusives, they can refuel their hand to launch another wave at you. TF Fizz is a very consistent deck that rarely ever bricks, and it can be very hard to control their explosiveness.

The second way is a lot more straightforward – win the game before Twisted Fate Fizz has a chance to get their Elusive units online. This game plan is often accomplished by applying enough pressure so that they have to start trading and removing your units while you still get in enough damage to eventually win the game. This strategy preys on one of the few weaknesses of Twisted Fate Fizz – the lack of healing.

3
5
Grasp of the Undying

Trundle Lissandra Matron Control (later referred as TLMC) looks to win against Twisted Fate Fizz by surviving the onslaught of many Elusives. It is the only deck in the current meta that consistently can execute this gameplan. This is primarily because it has access to Freljord and Shadow Isles both at the same time.

Most other control decks struggle against Twisted Fate Fizz due to the insane amount of card draw available to it and the threat of leveling Twisted Fate. You need to set up 2-for-1 and better trades against them to be able to keep up with their draw power.

Luckily, TLMC is exactly the deck to do that as Freljord has tools such as Avalanche, Blighted Ravine, and Ice Shard. Shadow Isles has Withering Wail and The Box. This deck has many copies of each of these cards which allows you to clear multiple boards and eventually run them out of resources or at least stall long enough to execute the Watcher combo.

Lissandra list also has a good amount of healing which is another bonus against Twisted Fate Fizz as it means it has an easier time stabilizing. Use cards such as Kindly Tavernkeeper and Catalyst of Aeons to gain some health. A single copy of Harsh Winds that is included in the deck can be used in a very similar way. You are not looking for huge value from Harsh Winds, but rather want just to deny some damage from a couple of Elusive units. Often anything above 5 damage denied is great.

The Box and Avalanche punish development from Twisted Fate Fizz, they always have to be afraid of those. Ice Shard and Withering Wail are great against open attacks. Blighted Ravine has proven to be one of the most crucial cards, especially against a deck like Twisted Fate Fizz which only has low health units. If played on your own attacking turn, it stops the Twisted Fate Fizz player from developing a board completely.

TLMC is great at stalling until it can win decisively with the Watcher. If you are able to cheat out the Watcher against Twisted Fate Fizz, it won’t be possible for them to stop it. The only way is with a Gold Card, but this requires Twisted Fate to not be already on the board and our deck can easily play 2 Watchers in a single turn anyway.

Twisted Fate Fizz also can not shuffle in champions into their deck with champion spells to delay your win after the Watcher attacks. can not be possibly cast outside of their attack and spell draws them three additional cards at the start of the next round resulting in your win.

The version of TLMC shown above has 2 The Box, 3 and 1 Grasp of the Undying to maximize ways to kill Elusive boards or get rid of a Twisted Fate who is about to level.

Additionally, Fading Memories can be used to copy an Elusive unit from the opponent and play it as a blocker. We too can play 0 mana Wiggly Burblefish!

Pirates is one of the most aggressive decks out there and it is very favored against Twisted Fate Fizz. The stats are currently showing that Pirates has the best win rate of any deck against it.

This list is looking to kill Twisted Fate Fizz before they level TF or play out their Elusive turns. Pretty much all of our units have some way of doing direct damage to their Nexus (ex. Legion Grenadier and Imperial Demolitionist)

The game plan revolves around just playing your early units and eventually transitioning to a burn plan. The deck is easy to pick up and learn. Most turns, you are looking to develop a board and hit your opponent. You have great early game units which will be able to win most trades while sending some decent damage to the enemy Nexus.

This version is running a single Parrrley to get rid of a single Burblefish or another unit that has 1 health – it is even good enough to be kept in the mulligan. Hired Gun is great at picking off some small unit and can also be a way to get rid of a Twisted Fate sometimes.

The deck runs Zap Sprayfin and Lounging Lizard which are Elusive. Zap will usually give you a Noxian Fervor which we can use to close out games. Lounging Lizard has been a more recent inclusion and made its way into Pirates exactly due to the raw amount of Twisted Fate Fizz it faces on the ladder and tournaments. 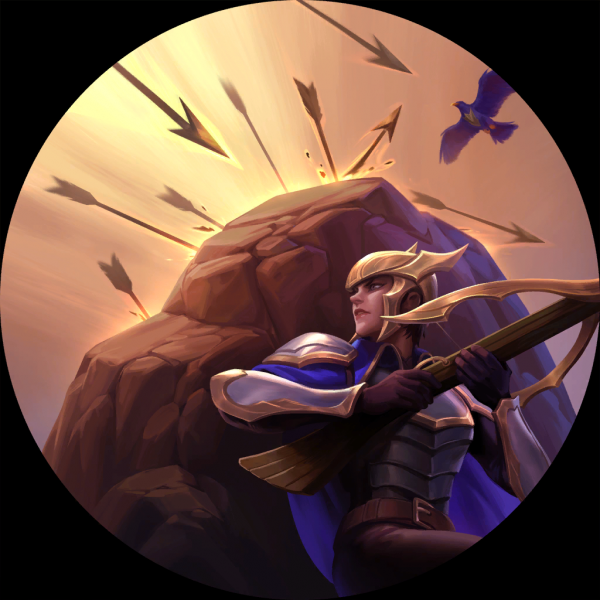 This deck is another great way to counter Twisted Fate Fizz. They have a rough time dealing with Fiora and her win condition. Twisted Fate Fizz has many small units and they are forced to play some of them out to progress their own gameplan.

Fiora is the key card and the only win condition in this deck, so your should hard-mulligan for her. We run 3 Entreat to maximize the chance of drawing Fiora. It often is even great to have multiple copies so that you can replay Fiora or make use of .

Always keep some mana up and have combat tricks to give your Fiora maximum chance of surviving. Going for Strike/Rally spells proactively can be tempting, but using them after your opponent taps out is usually much safer. Unyielding Spirit can be unbeatable for Twisted Fate Fizz.

Scouts is another deck that takes advantage of the aggressive plan to kill Twisted Fate Fizz before they get online. Unlike Pirates, it has absolutely no burn damage, but instead fully relies on establishing a strong board.

To have a better matchup against Twisted Fate Fizz and many spell-based decks right now this version includes Stony Suppressor. This unit is very unique in what it provides – you run a risk of having a weak unit in the deck against other unit-based decks, but it grants you a ton of tempo for you thorugh delaying every spell your opponent could play.

Either they expend resources killing Stony Suppressor or they pay 1-mana tax every time they are trying to clear your more important units such as Miss Fortune and Quinn.

Most people are familiar with Scouts as a deck by now. It is one of the most standard decks as it revolves pretty much purely about unit combat and the hardest thing probably is finding good ways to make the most out of playing Rally and finding the right spots to do so.

Scouts overall can still be played right now and get some wins against many decks, but will ultimately be limited by the fact that their slightly bigger counterpart Shen Fiora is also running around at a decent play rate.

With no balance changes planned until March 31, Twisted Fate Fizz is not going anywhere yet. Hopefully, this article was able to point out some of the deck’s weaknesses and give you an idea of the archetypes that can take advantage of those weaknesses.

It is very likely that soon we will see balance changes to Twisted Fate in some way. The deck had more than its fair share in the spotlight and likely will be changed – but hopefully, it will still be playable after the nerfs. Thank you for reading while I travel the vast desert of Shurima and to see how I’m doing on my journey you can follow me on Twitter. Till next time again Runeterra!